It has been little over thirteen months since the now iconic Mobike first hit the streets of Salford & Greater Manchester.

And by hit we literally do mean hit, as many of them were vandalised, thrown into local rivers, set on fire and in one case even painted gold by some artistic vandal from Weaste in an unsuccessful attempt to make it look less obvious and well, LESS MOBIKEY.

And so here we are today to announce that the ill fated Mobike is to retreat from the streets of Greater Manchester... Well if we are being honest here, as we reported last year, they already did that in most parts of Salford within the first few months of business as the vandalism rates were so high.

Bikes were limited to certain areas of the City, mainly around Salford Quays and the Eastern flanks that nestle up to Manchester.

The scheme was doomed from the start as unlike with the 'Boris' bikes that are used down there in that London, these were dockless and so did not need to be returned, they were mainly left lying around at the sides of roads or more commonly across pavements.

They were pretty much left anywhere and everywhere and that therein was the problem, no bike docks equalled no care at all as to what happened to that bike once you parked it up and left it at the end of your session. 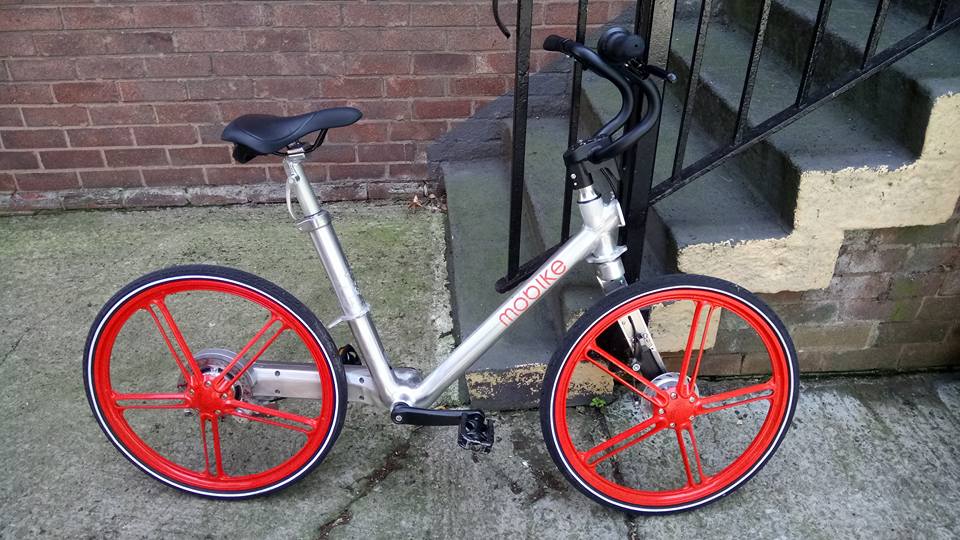 Bikes were often left in areas in which there was already a high bicycle theft rate and it was open season for those who simply saw them as a resource they could exploit.

Locks were smashed off them and the electronic trackers were removed, for a good while it was not uncommon to see kids and young adults openly and freely riding around on a *hacked bike without a care in the world. 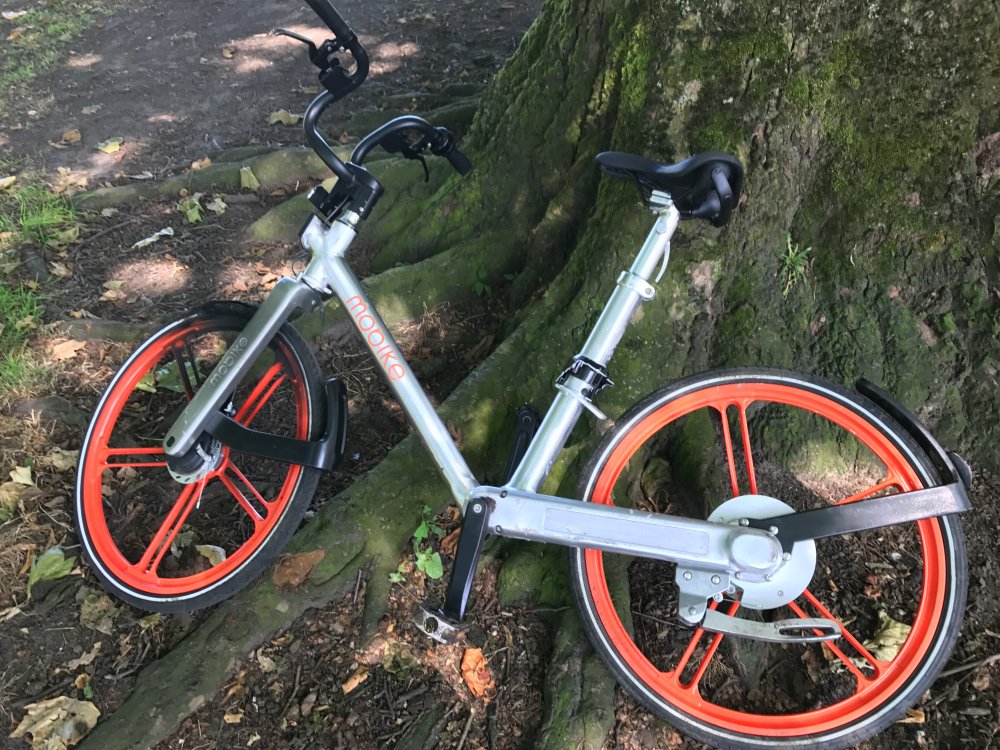 The police were not interested as they had real crimes to deal with and so there they were used with impunity and discarded just as easily.

One brazen thief even took measures to secure his stolen Mobike to a lamp post with a padlock so that nobody else could steal it. (See main photo).

And so it was only too obvious that the company had failed to take into account the simple fact that if there is something to exploit, in Salford it WILL be exploited.

So who do we blame here, the company? the vandals?

Well truth be known we really have to treat them equally as the company really did not do its homework and went into this extremely naively to say the least. Greater Manchester is not your typical area and the simple matter of failing to put bike docks in place from the get go was ultimately it's downfall. In short, their business model was critically flawed.

As for the vandals, well they should be ashamed of themselves, they won't be as they don't give a damn at the end of the day, but they really should do as they have deprived all those who WERE using them responsible (and legally) from now being able to do so.

I hear it said that we can't have nice things in Salford, this is an example of why.