Young people in Salford put their best foot forward to ‘walk’ to the city’s German twin town without leaving home.

The group, which includes Youth Mayor Rose Palmer and youth workers,set out to walk or cycle the equivalent of 506 miles or just over 814 kilometres – the distance from Salford Civic Centre, Swinton to the town of Lünen.

The group logged their hours and the distance of daily exercise they manage on Strava until they all add up to a completed challenge. They logged over 400 kilometres in the first week and reached Lünen on June 3. They have now 'set off' for Salford's French twin town of St Ouen, a short distance from the centre of Paris and a journey of 526 km.

“Setting yourself an exercise challenge is a great motivator and doing it as a group makes it even more fun,” he said.

“It’s just another example of the creative ways our youth workers have responded to the pandemic. They’ve set up a virtual youth club using technology to host ‘meetings’, giving young people the chance to stay in touch to talk through any issues they have but also to have fun.”

Councillor Derek Antrobus, lead member for planning and sustainable development, who champions town twinning, said to walk to Lünen in reality would take 130 hours and include a ferry ride to Holland. 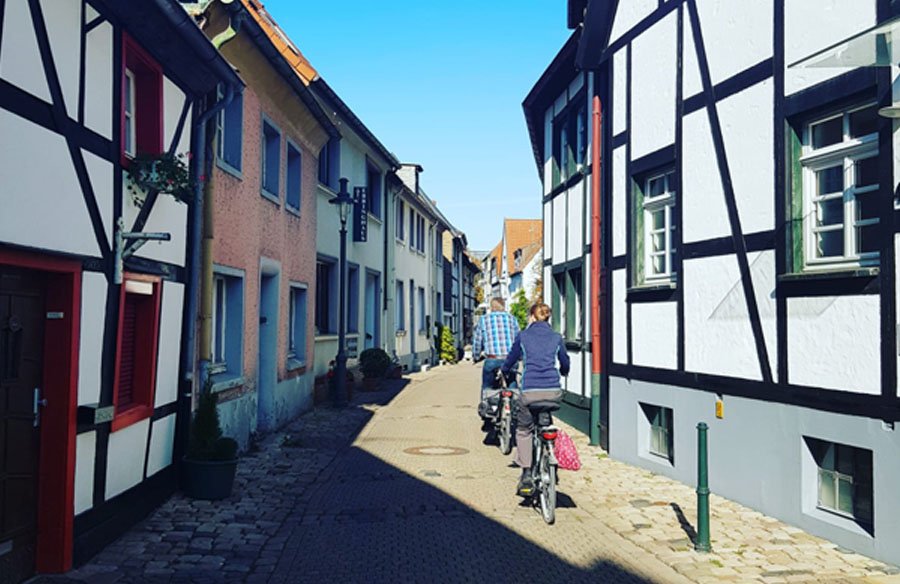 “Our twin towns links were born from the desire for peace after the Second World War and have remained strong for many decades. It is nice to see our young people recognising and celebrating that connection,”

Jürgen Kleine-Frauns,Bürgermeister (Mayor) of Lünen praised the group for building bridges between the twin cities during the coronavirus pandemic.

“Corona forces us to forego personal contacts but the digital world opens up opportunities for us to still think about each other and virtually make our way to each other. At the same time, people are motivated to do sports and enjoy the outside,” he said.

“It is lovely to see young people being creative and extending the ties of friendship that bind Lünen and Salford. I wish all the athletes a lot of fun on their way to Lünen and look forward to welcoming them in reality in the future.”

“We’re really grateful our youth worker Donna Niman set this up. We’ve really got into this and we’re already talking about mapping routes to Clermont-Ferrand,and Narbonne in France,”

Written by KARL on June 10