UPDATED: FLOOD WARNINGS NOW LIFTED AFTER A DAY OF WORRY FOR RESIDENTS ALONG THE PATH OF THE IRWELL

Updated: The flood warnings have now been lifted as water levels have dropped and the river height has started to recede.

So far so good for the Kersal Flood Defences which seem to be coping well under unprecedented deluge which storm Ciara is throwing at us.

The Environment Agency, United Utilities and Salford Council have been pretty much on the ball this time around with warnings put in place and texts and emails sent as well as people knocking on doors alerting those in the immediate danger of flooding.

The response has safe to say been a far cry from that of the horrific Boxing Day Floods of 2015 which saw homes swamped with river water and hundreds made temporarily homeless, lessons have clearly been learned all-round.

Since those dark days much work has been done to ensure that Kersal and Lower Broughton are protected and 'touch wood' so far it seems to be working - but Salford is not off the hook just yet. 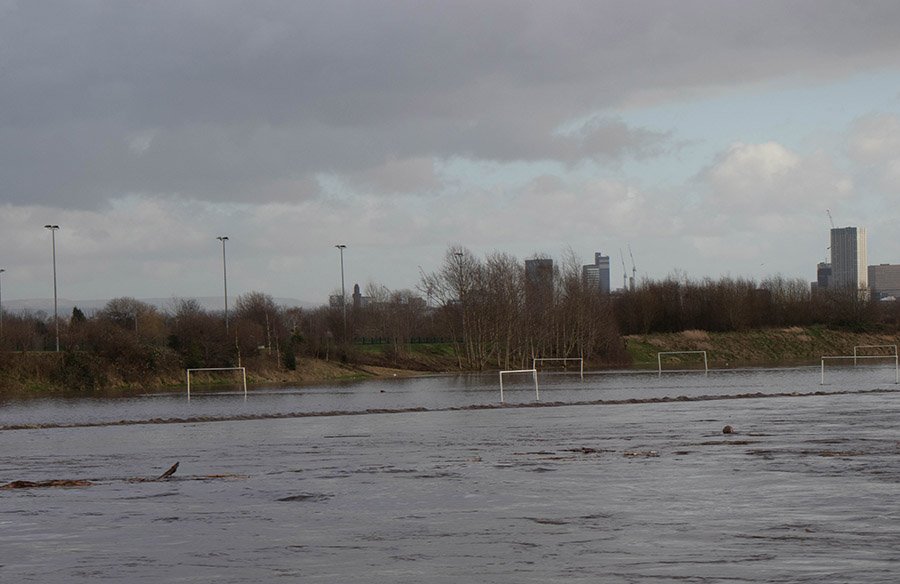 The new flood plain at Lower Broughton has seen its first real test since its creation and in all fairness it has worked flawlessly, it may have cost a lot of money but it is money well spent if it keeps homes from being underwater and the lives of local people from being ruined once more.

The system still has a huge capacity to hold water despite the huge flows coming down the Irwell. 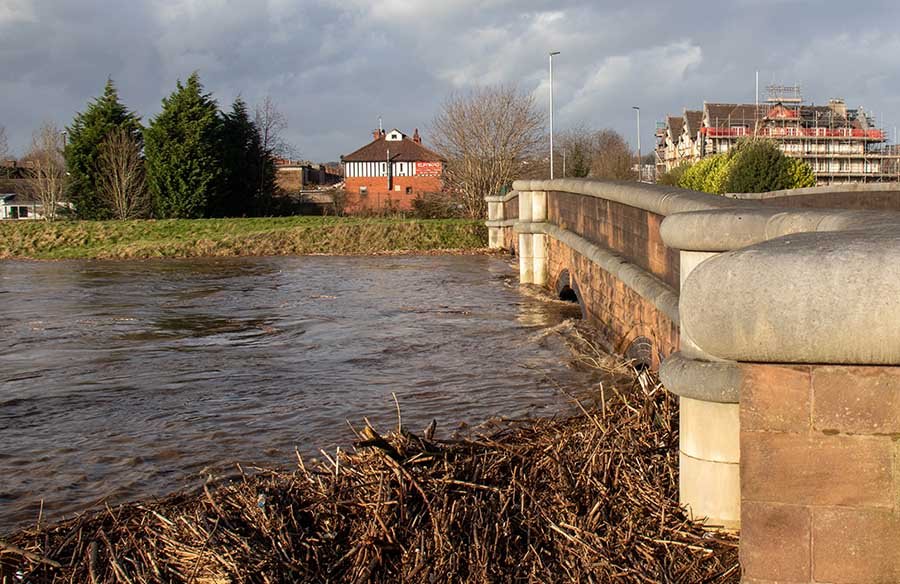 The current recorded level at the Race Course in Kersal at the time of writing is 4.66m and although it is far less than the almost 6m levels seen in 2015 - it is still enough to cause serious flooding in the area.

The authorities remain on high alert and are out in huge numbers to oversee it all. 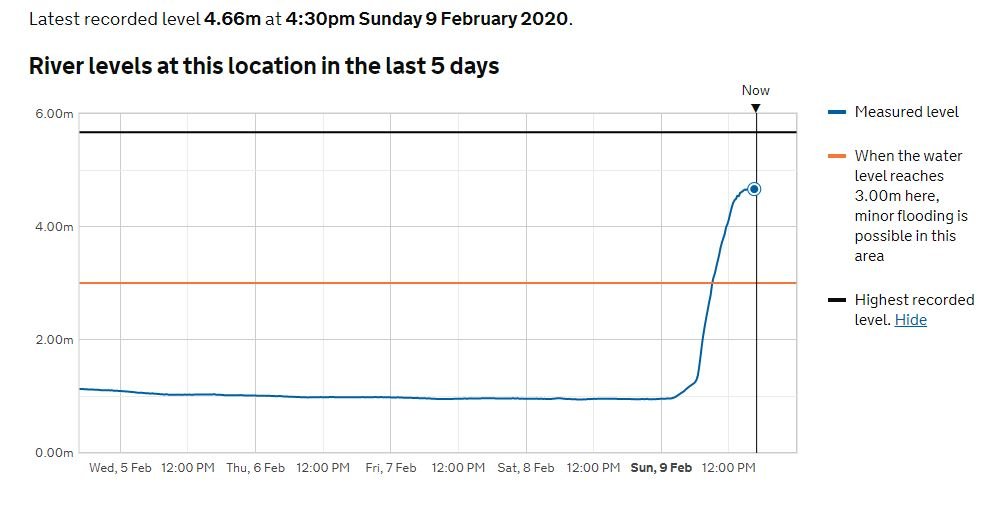 Some residents along the worst affected stretches in Kersal have been told to move any personal belongings and valuables upstairs as a precaution just in case the worst case scenario happens.

At the moment flooding looks to be a minimal although the River Irwell remains tantalisingly close to bursting its banks in some stretches and water has already started to seep through cracks in the walls of nearby Age Croft Cemetery which lies adjacent to the opening of the Kersal flood basin. 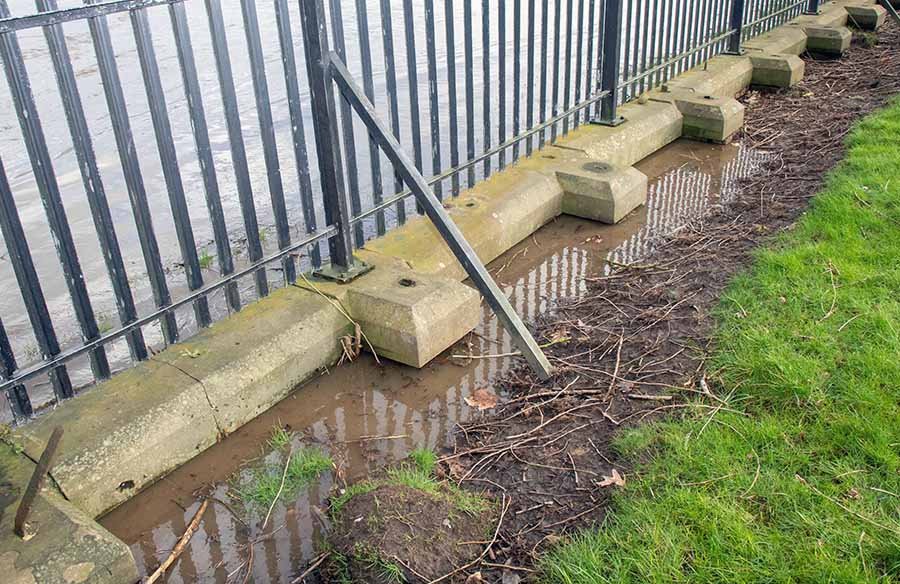 Families headed there this afternoon to remove any precious belongings and memorials from graves that are close to the rear boundary wall with the river. 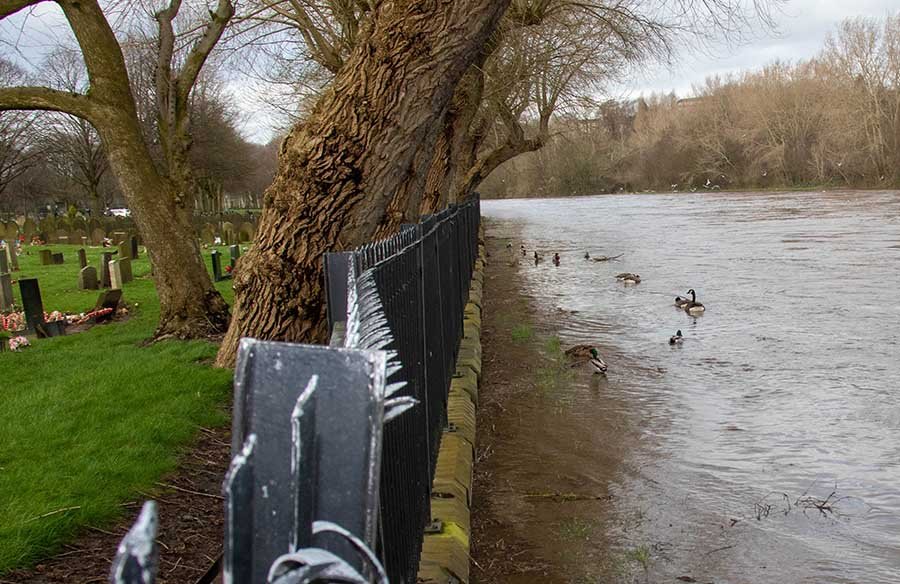 There is still a good few inches to go before it goes over the top of the wall but water had already started to flood in from underneath it and through the cracks at an alarming rate.

With more rain forecast over the coming hours and the possibility of freezing conditions and even snow ahead, it would seem that the week ahead is going to be a busy one.

As more rain falls on the hills and more water heads our way, Kersal, Charlestown and Lower Broughton are not high and dry just yet but things are not looking half as grim as they were in 2015.

On a personal note we would like to recognise the huge effort put in by Keri Muldoon who has not stopped all day - keeping people informed and safe, despite the fact her own home is at risk of flooding. Someone give that lady an award.

Written by KARL on February 9