After the incident which made the news for all the wrong reasons, which included a phone call from my brother in Australia asking what had happened, I decided to do something, anything to make some good from this awful day.

The next evening I went back to the scene of The Battle of the Albert Edward as it has become known and retrieve the cone which had been hurled at Idiot Number One, and took it to a safe house, mine.

It dawned on me that it would be a good idea if I was able to raffle the cone off, I could possibly raise some money to help the two charities that Idiot Number One had managed to offend in one foul swoop, the genuine homeless and the ex-serviceman.

Well you certainly rose to the occasion in some style, and the money kept coming in, (sorry for any inconvenience Eccles Gateway staff!) with donations of fivers and tenners.

Then Angie Shepherd kindly donated a signed photograph of the Eccles Cenotaph in the early 1960, taken by her father, George who you should know is a magnificent photographer and a true gentleman, which was quickly snapped up for £50 by Karen Mansley.

I did my reckoning up today and you have kindly donated the eye watering sum of £270!

Give yourself a massive pat on the back!

So I went to Mustard Tree in Eccles Precinct and gave half the cash to the Manager, Alistair who thanked me profusely and said that the cash would be used to stock the emergency weekend foodbank which was running low, to clarify, you have to be referred to the foodbank bu a Housing Association, Doctor or Social Services, you don't just turn up and get free food! 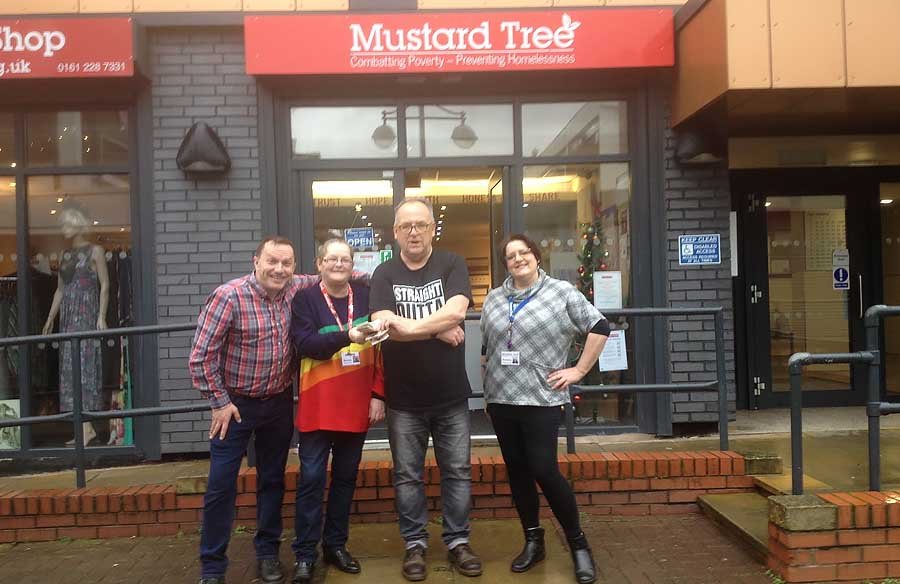 This afternoon Karl turned up in his pimp mobile and we drove to Broughton House Nursing Home which provides comfort, food and shelter for ex-servicemen and has been helping out since 1916.

We were met by Laura Carr from the Management Team who gave us a mini tour of the building and told us about the history and showed us what a great service they provide.

We then handed over the remaining cash and were delighted to hear that it would be put to good use use for the veterans including Christmas treats! 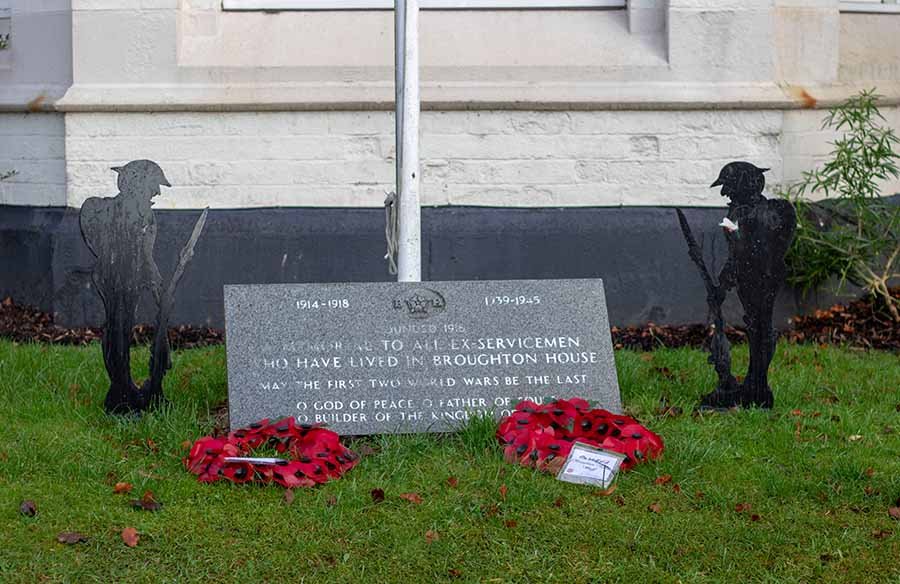 So we have hopefully put the "Conegate" incident to bed, and we have made good fortune by turning around what was a truly dreadful day, finally something good has come out of it, and it's all because of you good people.

Finally the cone was purchased for £50 and will be living out it's years in a back garden in the local area, safe from any trauma, trouble or stress, it needs a rest.