Stuart David Potts aged 39-years-old of Borough Road in Salford, stood in the dock this morning to plead guilty to one count of throwing a firework in a public place as well as a further count of using threatening insulting or abusive words to cause harassment, alarm of distress.

Stuart also known locally as 'Pottsy' was told that he could possibly face imprisonment for his act of stupidity which has angered not only this City but also an entire nation. His actions have been condemned across the whole of the UK.

As people stood in silence at the annual remembrance day parade on Church Street in Eccles, Pottsy set off the first of two fireworks from the first storey windows of the derelict Albert Edward pub which directly faces the cenotaph. This resulted in several large bangs and crackling sounds, the second firework was a rocket aimed just 15 feet above the heads of the crowd gathered below. A crowd which included elderly armed service veterans and small children.

Some of those veterans have and still do suffer the effects of PTSD due to the trauma of the wars they have fought in.

In a photo we have managed to obtain (below) it shows clearly the fireworks (four of them) were placed in a pumpkin pointing towards the cenotaph BEFORE they were set off during the two minute silence. 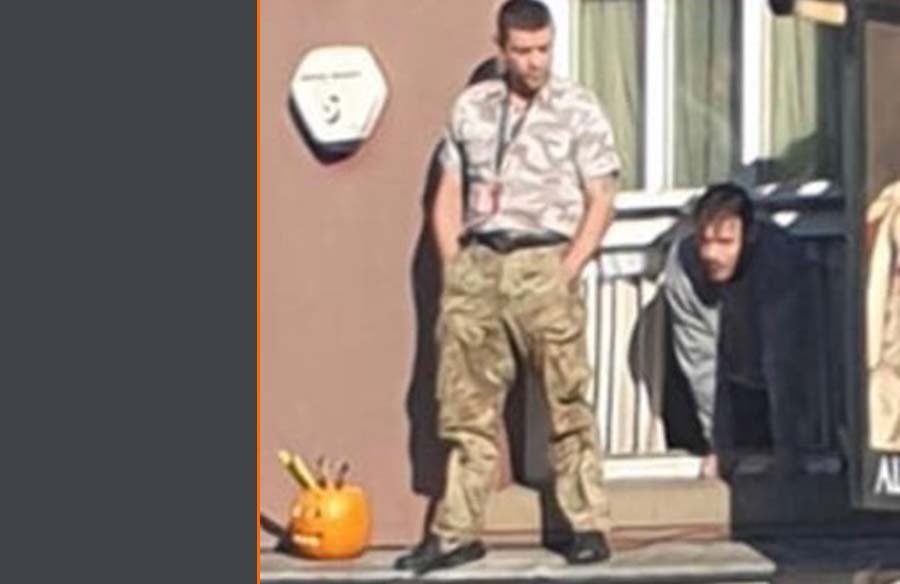 Moments afterwards the same pumpkin was visible on the ledge without the fireworks present. 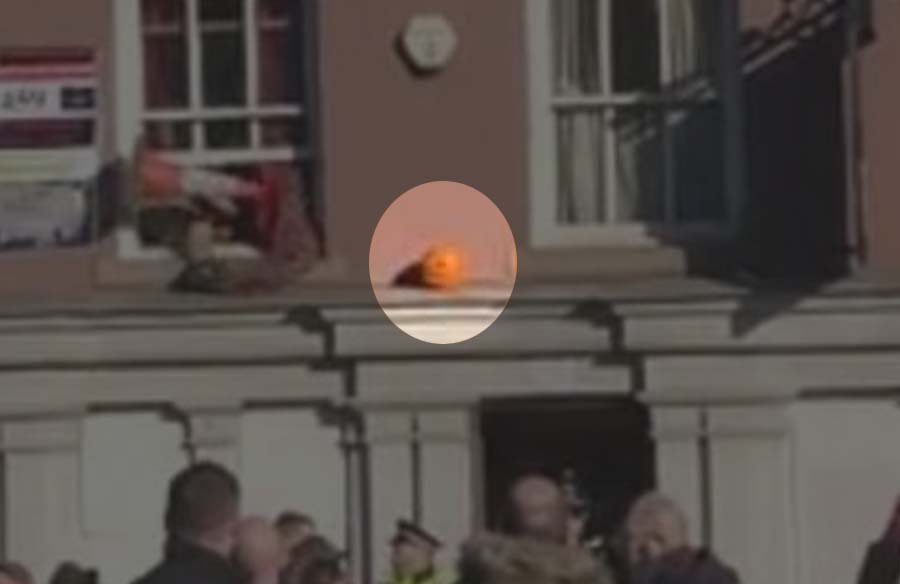 During his interview he declined to give comment other than to say that he was asked to do it by someone else and that he believed it to be a mark of respect.

A angry crowd confronted Potts and after shouting abusive comments he retired from the window ledge he was on after a man threw a traffic cone which hit him on the leg as he passed back through the window.

In court this afternoon Potts was sentenced to 16 weeks behind bars after the Judge told him that he did not take the view that he had shown any remorse.

Potts Laywer, Abigail Henry, told the court how her client expressed sincere and genuine remorse for his actions and that he wished through his lawyer and a letter to the court to apologise to those at the service as well as other members of the community which have been affected.

She went on to say that her client was now well aware of the impact of what he did and the consequences, describing Mr Potts actions as misguided.

She asked the court to be lenient in sentencing and reminded them that,

"Potts had been undertaking substantial outreach work with the homeless in which he prides himself with the work he undertakes on their behalf."

Judge Mark Hadfield said that he had seen a letter Potts had handed into the court about being asked to set off the fireworks, and that Potts claims he was doing it as a mark of respect.

But went on to say that when he was interviewed by a probation officer, he told them it was not your intention to cause alarm or distress.

"This appalling behaviour arose out of you being in possession of fireworks.

"Even if it is correct that you were handed them by another person, nobody in their right mind would think that letting them off in the middle of the ceremony shows a mark of respect.

"To the contrary, it shows a lack of respect."

The judge then told Potts that only a custodial sentence would be appropriate as he sent him to jail for 16 weeks for the public order offence. No separate penalty was added by the judge for setting off the fireworks. Potts shook his head as he walked away handcuffed and surrounded by two police officers to start his sentence.