A little positive (no pun intended) news this evening as from next month the government will be trialling its much touted mass covid test pilot scheme in Salford.

The new scheme will initially see audiences at sports venues and theatres tested on the day for the virus and if shown to be negative, they will be allowed in.

The new scheme is part of the PM's plans to get life back to normal, or as near close to normal as it can be right now. 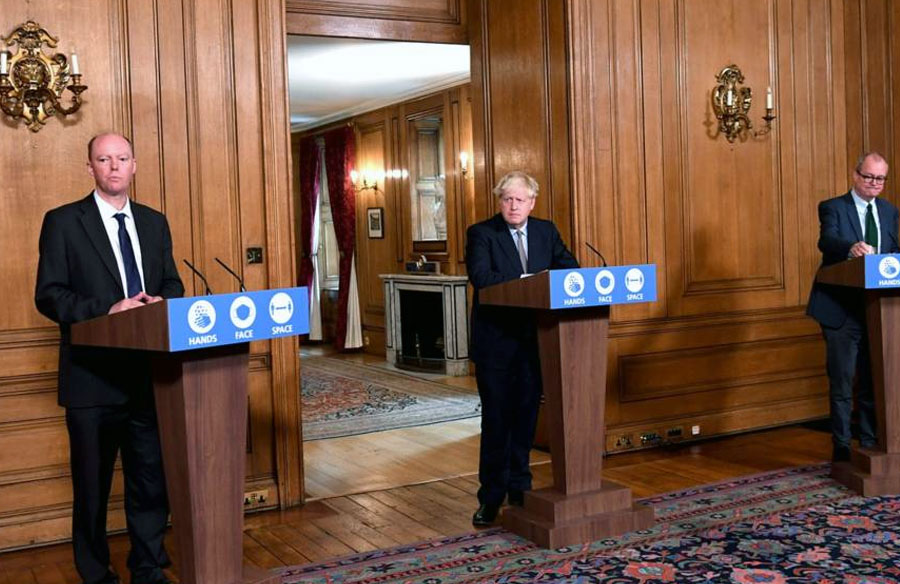 Mr Johnson eventually wants to see 20 minute pregnancy style tests developed in order to allow quick results as part of his wider plans to get the country back on its feet.

And with the Oxford vaccine trials currently locked in a quagmire it may be that these new tests could be a huge asset in the governments arsenal.

As we reported earlier in the week, Salford has been chosen as the test bed for the new pilot program which if a success is to be scaled up to offer widespread mass UK testing by mid spring 2021.

Mr Johnson, speaking a Downing Street coronavirus press conference this evening, said that negative tests would effectively provide people with a 'passport' which would allow them the 'freedom to mingle with everybody else who is similarly not infectious in a way that is currently impossible'.

The 'ambitious agenda' code named 'Operation Moonshot' will see audiences at indoor and outdoor venues within Salford given the tests, effectively using Salfordians as test subjects in order to perfect the technology.

Others however were quick to raise questions over previous wild claims by the PM regarding the failed test and trace system which was set up and also billed as a game changer in the fight against the virus.

Members of the public have even ridiculed the PM after it was revealed that hundreds of people seeking testing in the Greater Manchester region were being told that there were no tests available.

"This is the man who has repeatedly told us that the test and trace system would be up and running within weeks, only for the time scale to be constantly pushed back and back again due to failure after failure.

"If the government can not get that right then how are we expected to have faith this latest 'game changer'."

However, if successful the new tests could open up businesses and workplaces in a safe manner, allowing people who test negative in the morning to carry on their day at work with little to no risk.

This is all dependent on if the prototype technology actually works.