LOCAL CHARITY THRIVING THANKS TO CASH BOOST FROM SALIX HOMES

A Salford-based housing association’s community fund programme has helped over 200 local projects since 2017.

Salford-based organisations or initiatives can bid for the Springboard funding. All they need is a great idea and a local connection to Salix Homes.

Projects that have previously been awarded funding have included computer clubs, football teams, gardening groups, a care home and a social supermarket. 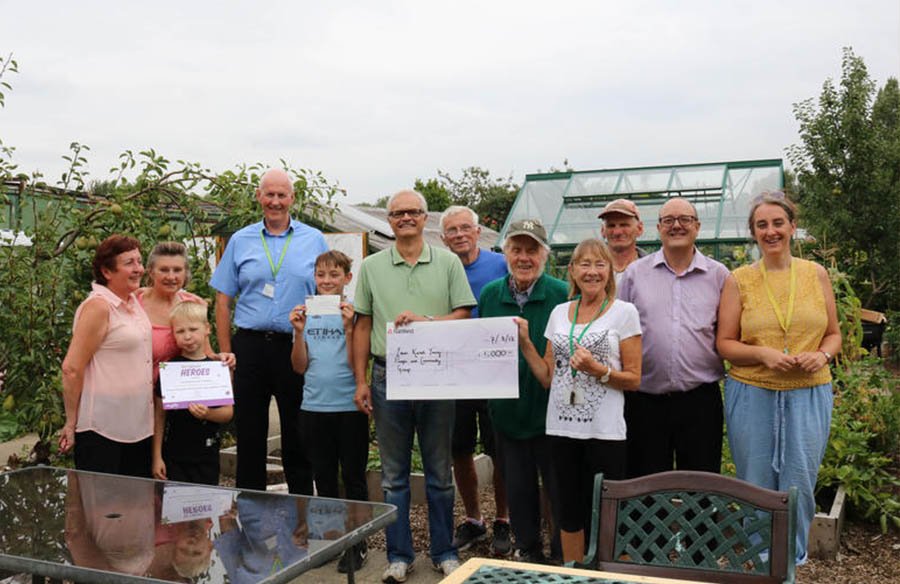 Thomas Lever MBE runs Lower Kersal Young People and Community Group (LKYPCG) with his wife Lesley, which is based in St Aidan’s Church in Lower Kersal in Salford, were just one of the groups who have been funded by the Springboard programme in the last three years.

The Salford charity has transformed the lives of hundreds of local people, through offering training opportunities and providing a lifeline for people who may otherwise be feeling lonely and isolated.

LKYPCG were named the deserving winners of the first ever Springboard Heroes Awards in 2018 which entitled them to an extra £1,000 cash boost – as voted for by the local public.

“Like a lot of charities across the country, funding has been a big issue. The Springboard funding initiative has made a big difference to us and has helped us to be able to keep going.

“Winning Springboard Heroes was great. We put the prize money into a funding pot, which meant we were able create a few more weekly groups for local people.

“There’s the sewing and knitting group, line dancing group and over-50s allotment group. We’re also teaching Local Lower Kersal Community Primary School how to grow their own food and veg. Thanks to the additional support of Salix Homes, these activities are now secure for three years.”

“In a time of budget cuts, we are incredibly proud of our Springboard fund. The cash boosts have meant that several local projects and initiatives around Salford have been able to continue their fantastic work.

“We’ve had a longstanding relationship with LKYPCG, so it was great to see them crowned as our first ever Springboard Heroes. The award is our way of honouring the fantastic work that ordinary people in Salford are doing every day.”

Last year’s Springboard Heroes winner was Swinton-based care home, The Fountains. They used their prize money to fund a sensory room for their dementia residents.

You can watch the moment they were presented with their winner’s cheque.

It doesn't matter if you're an established community group, a charity, school, or just an individual with a great idea for a community project, you can still apply for a share of the Springboard funding pot.

Written by KARL on March 17