COMMUTERS are being warned to expect delays after firefighters were called to a severe flat fire at Millennium Tower, Salford Quays this morning, Monday, November 21.

Crew were sent to the high-rise block of flats at 7.30am following reports of a flat on the fourth floor which was well alight.

On arrival firefighters found the flat well alight and began searching the property in breathing apparatus.

A number of residents have been treated for smoke inhalation and control operators from North West Fire Control have been giving residents advice helping them stay safe while they remain in their homes.

“The fire has now been dealt with, but there is a lot of smoke logging in the building and we are working to clear this now.

“This incident will cause delays to traffic in the area for some time and we’d like to thank commuters for their patience.

“The Quays will stay closed for the next few hours and traffic in the surrounding area is starting to build up.

“The Metrolink is still operating to Media City, but the number 50 bus service will be disrupted.”

Update 09:50: Fire now out and roads to be reopened in the next hour.

Firefighters are currently attending a blaze at millennium tower at Salford  Quays. The alarm was raised shortly after 7am and emergency services were quick to respond. 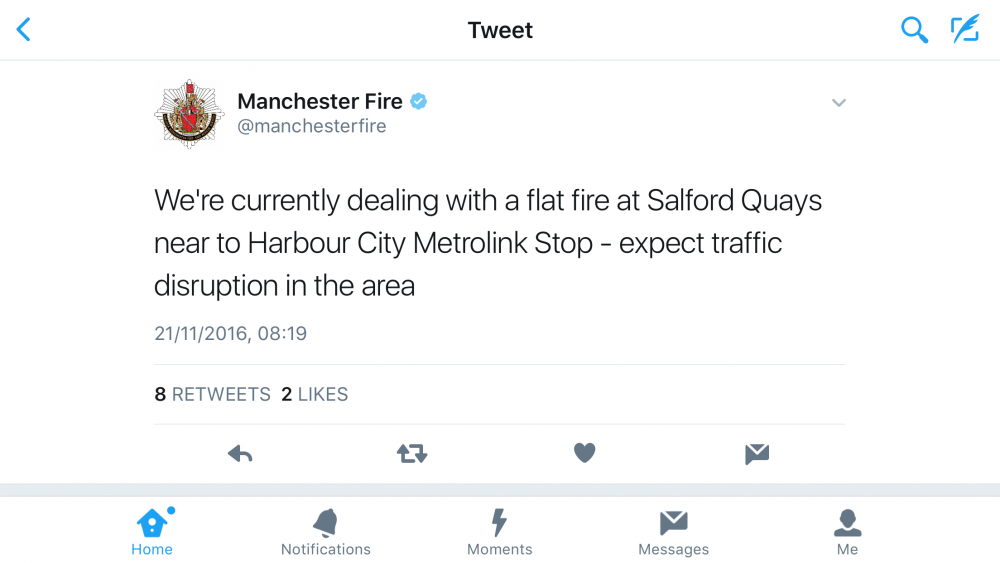 Diversions are currently in place around the area and fire crews are expecting them to remain for the duration of the morning. 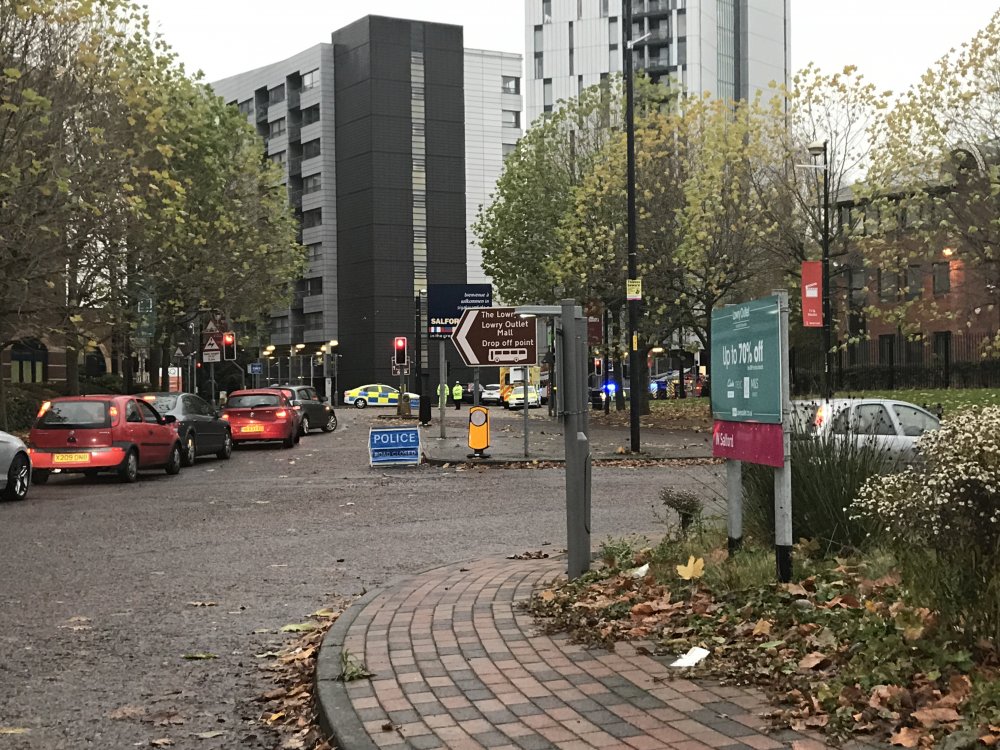 its currently unclear how the fire started but we will update you as soon as more info emerges. 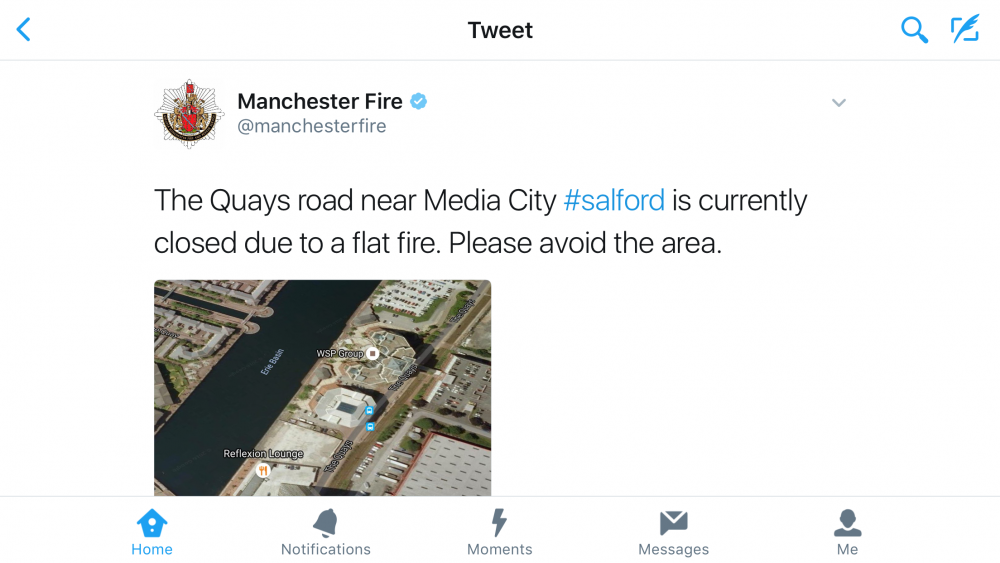 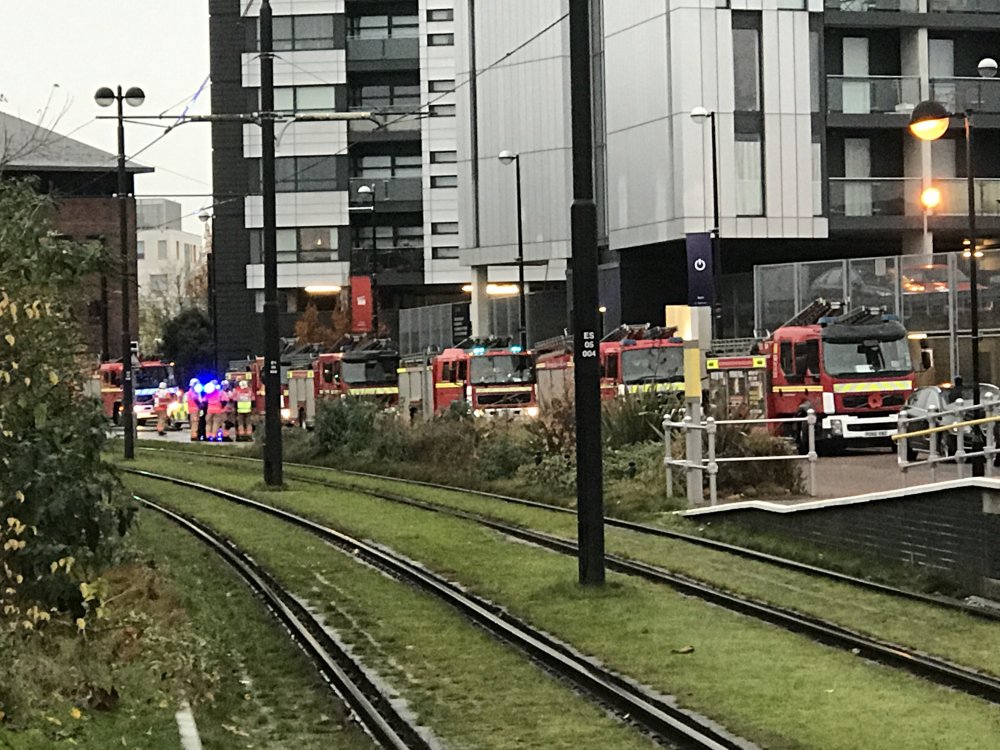 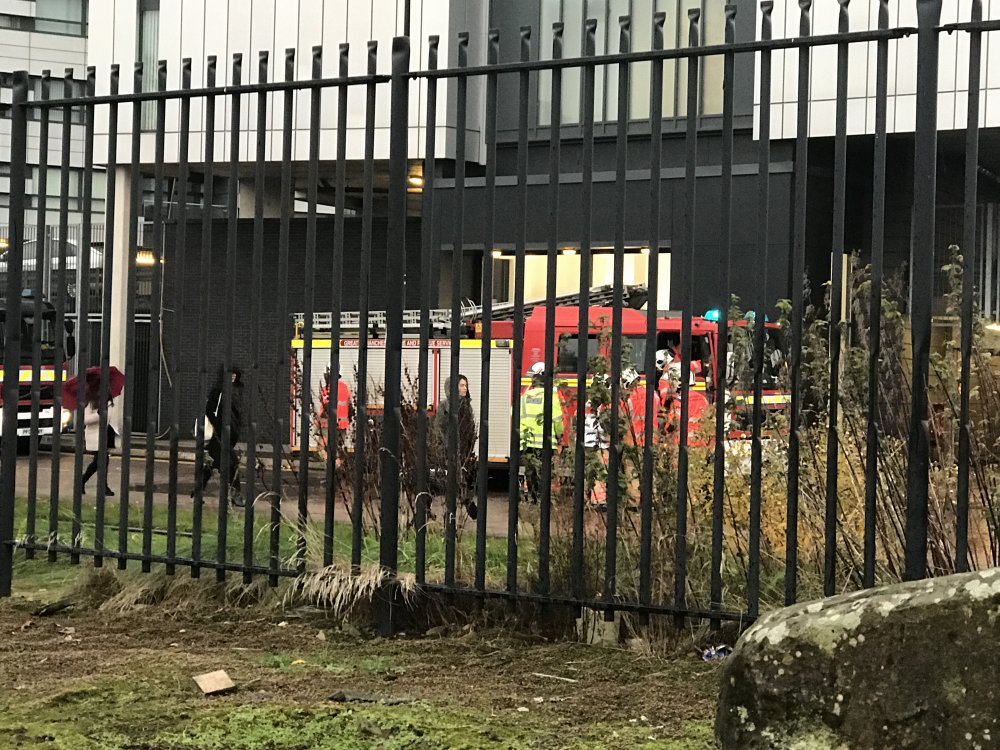