Reverend Ross Garner from Churches Together In Eccles led the service and did a sterling performance considering certain events.

He told us about the first Eccles casualty of the Great War, James Holt, from Pym Street, Patricroft who died in 1915 aged 21 also mentioning other soldiers who had taken part reading from their letters they had sent home from the Western Front. 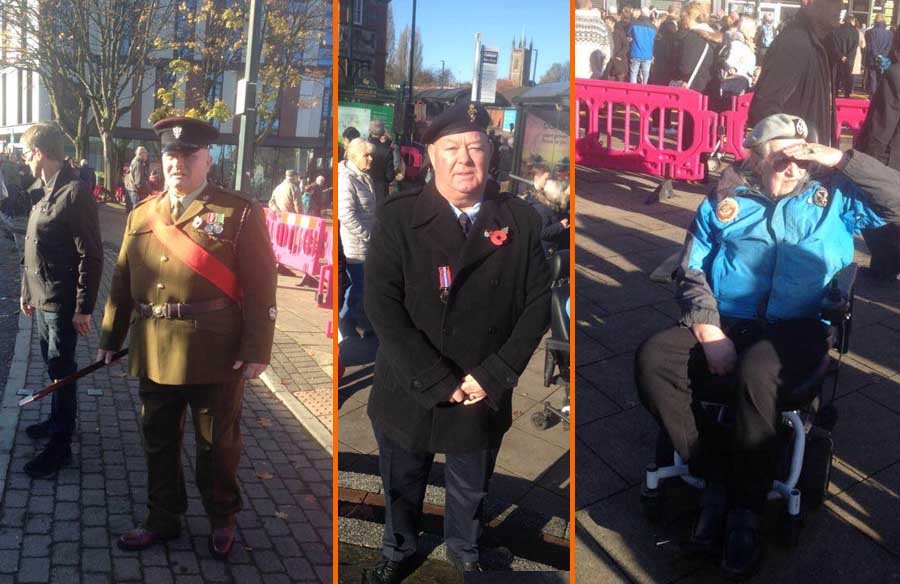 Tears filled people's eyes when Laurence Binyon's poem, For the Fallen was read out by Graham Walker, an ex-serviceman himself.

The Last Post was played expertly by 10 year old Oliver Tattersall who considering he is the youngest member of the Goodshaw Band, to his absolute credit performed it magnificently. 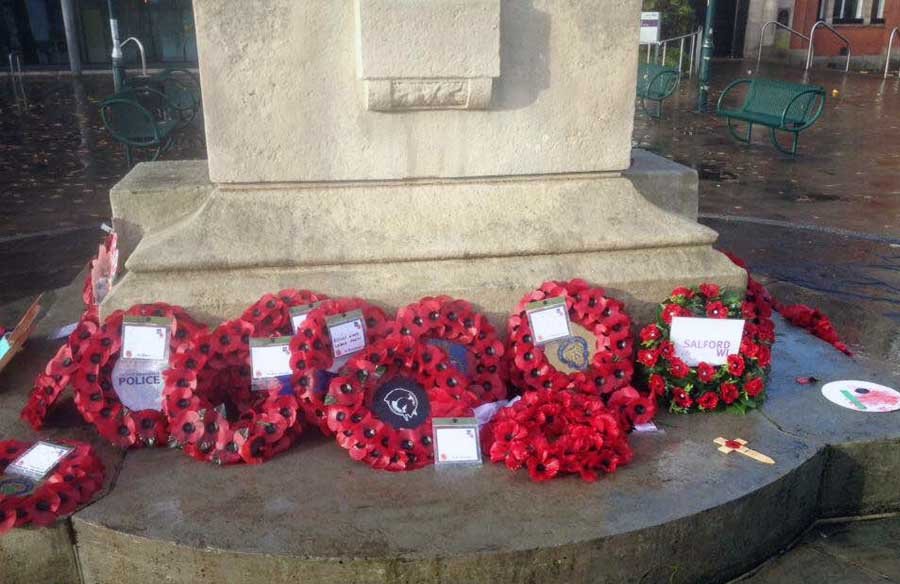 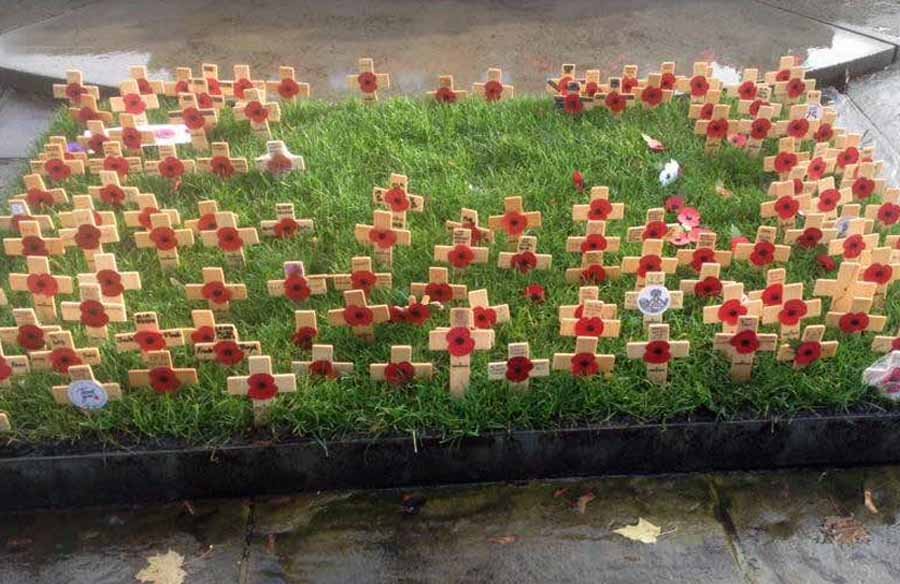 I have to admit that there seems to be more and more people attending each year which is a good thing, also I have seen school parties laying home made wreaths prior to this event at the war memorial, a nice gesture which I appreciated.

Finally congratulations to the organiser, Graham Walker who arranged for safety barriers to be installed which enabled the marchers easier access to the memorial and also helped the onlookers to gain good vantage points.