Today I and along with about a 1.000 other people possibly more turned up on the forecourt at Old Trafford, to pay our respects to the Busby Babes and the other victims of that awful plane crash in February 1958 which decimated the finest football team in England at that time and devastated both Manchester and Salford, yet united them in their grief.

Hopefully you all aware of the crash despite it happening over 60 years ago yet for many people the memory is still as fresh and painful as that cold February morning.

Rev John Boyers the former club chaplain hosted the event on a raised dias as he addressed the faithful. 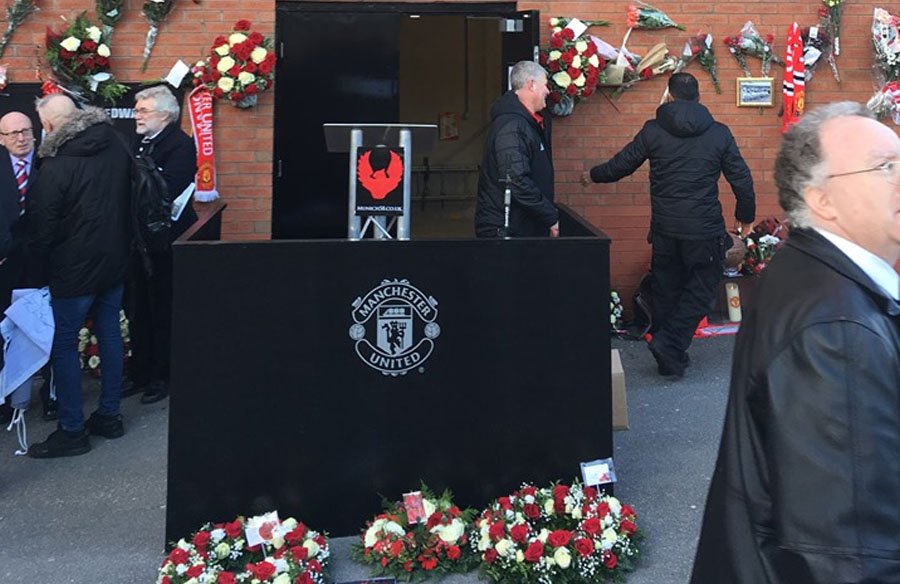 We had poetry readings from, Kady Kavanagh and Steve Douglas who captured the sentiments of how we all felt, emotional stuff.

Two young lads from the U13s Academy, Cody and Jacob bravely read out a poem about the Busby Babes and it was heartening to hear that all the young players are taught about Munich and what it means to be a United player.

No Memorial service would be complete without Salford lad, Pete Martin giving us a couple of songs , The Pride of Football which he composed himself and the beautifully poignant, Flowers of Manchester which truly brought a tear to the eye. 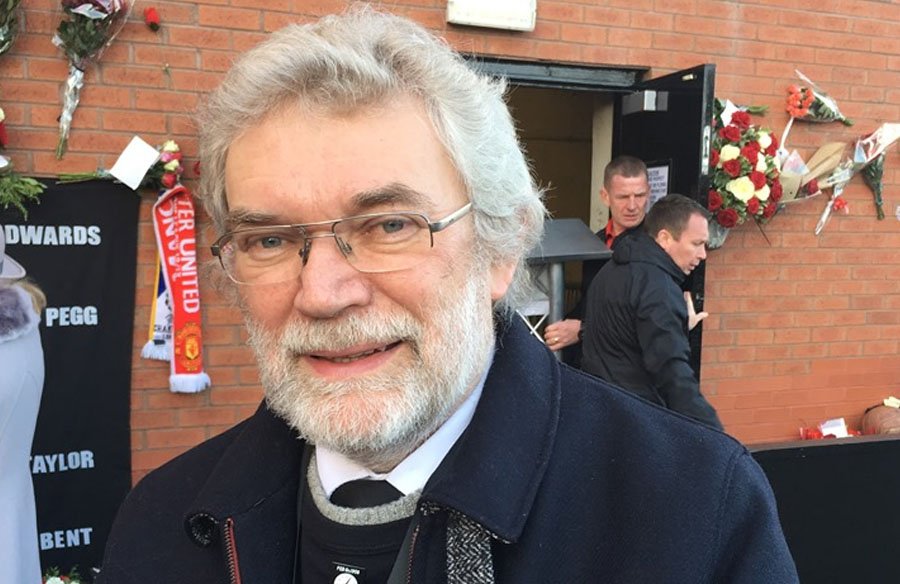 Ole Gunner Solskjaer and former club captain, Bryan Robson laid wreaths on behalf of the club and players, I was really pleased to see Ole there, he really understands the Manchester United history and ethos, well done that man, and you Robbo.

A two minute silence was observed at 3.04pm  a time etched into so many fan's and people's memories, a haunting reminder. 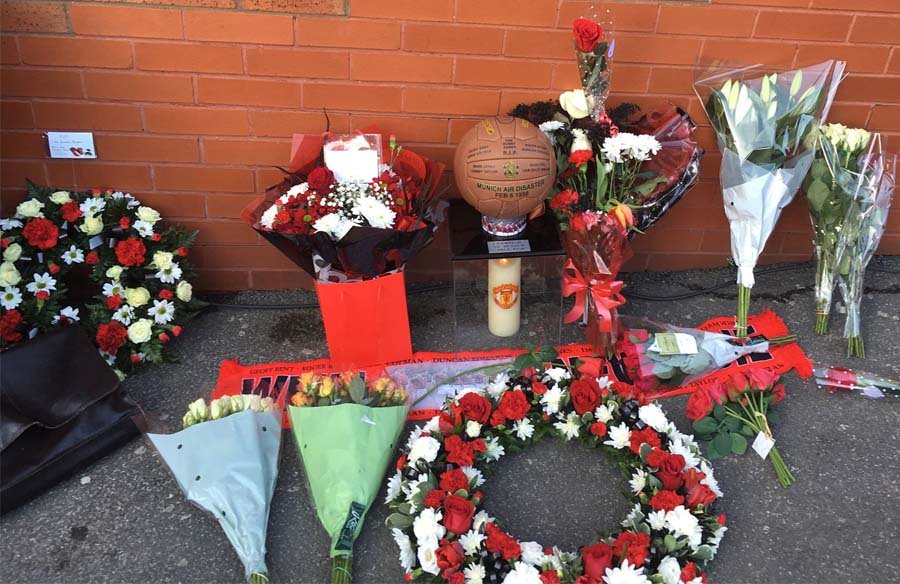 He came across as a very dignified yet humble man , a man so proud of his father and rightly so.

The day ended with a mass sing-a - long off "We'll Never Die" that Manchester United cry of defiance to the world. 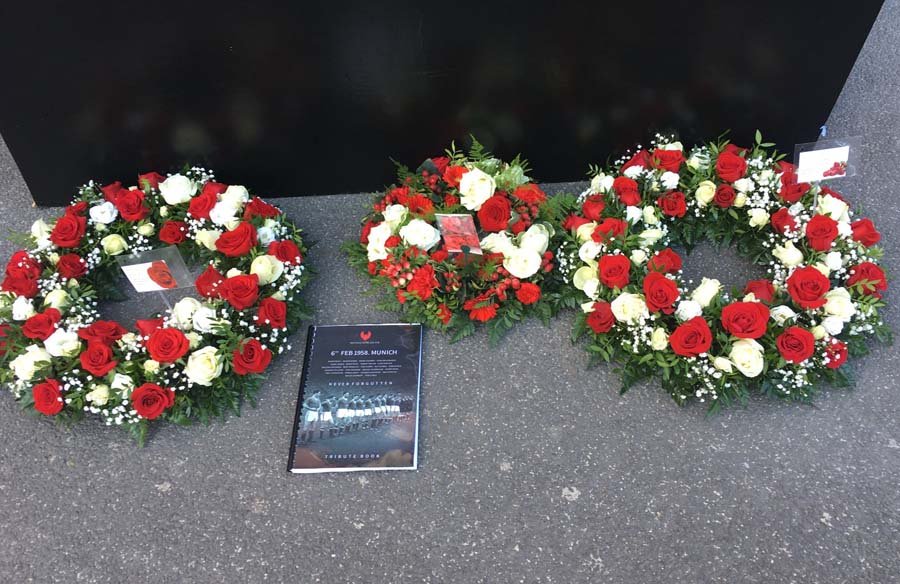 Truly, We Shall Never Die!

Written by KARL on February 6