The retailer has plans to build a 19,200 sq ft store next to the AJ Bell Stadium after planning permission was granted by Salford City Council after being recommended for approval by planning officers and despite objections from other retailers in the area, mainly Asda and Lidl.

The new store will be situated within a plot of land which lies between the stadium and the only other plot sold which is where the Barley Farm Pub now stands, it will also have car parking capacity for up to 115 cars and the possibility of electric car charging points. 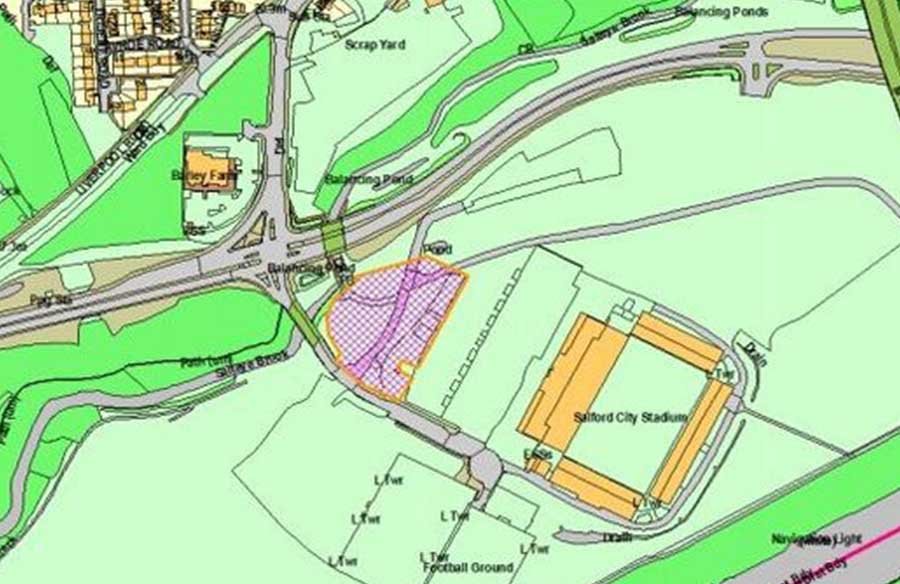 The Council has struggled to find investors to help develop the site, having previously only sold one plot to Greene King who own Barley Farm.

There has been talk of interest from Swedish Furniture giants IKEA but we understand from a reliable source that the Council was not too happy as IKEA planned to land bank which would have meant a plot of land was bought but not developed right away, if at all in the future.

We were also made aware of talk surrounding a car dealership which was showing interest in the area but so far nothing more has come to light. A further eight development plots are available.

Councilor David Lancaster, who is a co-director of the stadiums management company CosCo, said,

"This is the second big development following from the Greene King pub on the stadium sit, which is quickly turning into a go to destination for business.

"Though it is wasteland the council and partners always saw the potential in this area with its traffic connections and prominent position close to the Trafford Centre.

"Four more businesses have already moved into the stadium itself, and we are close to signing our next agreement with a large developer for the site. This news is a vindication of the long term perspective this council and its partners have towards regeneration in the area."

Not everyone shares the Councillors optimism however, as questions have been asked by members of the public as to why the land has been lain dormant and unsold for so long.

The council has always intended to use the sales of land to offset the cost of the stadiums debts but earlier this year the council was forced to approve yet another £120,000 matched loan to the company behind the AJ Bell after 'Cash Flow' issues brought about by the compulsory purchase of surrounding land, this latest loan came after a staggering £670,000 matched loaned the previous year. Partner, Peel Holdings put up an equal amount of money to match that of the Councils loans in both cases.

Salford Media (Then Salford Voice) asked Deputy Mayor John Merry with regards to sales of land back in 2017 and we were given reassurances that an announcement was very imminent but nothing came of it until now, two years later.

The stretch around the Stadium has also hit the news due to the persisting traffic flow problems which have blighted the area and led to heavy criticism from homeowners surrounding the site, as well as from commuters trying to access via the Barton junction of the M60.

Construction roadworks plagued the area for years and subsequently there have been huge problems with bottlenecks on match days , despite improvements with a new access route into Trafford and alterations to the road layout, they have still remained a a huge issue for many.

Aldi has has plans to open an 18,600 sq ft store on the other side of the Manchester Ship Canal at Trafford Retail Park on Barton Road, which attracts around 4m visitors a year and features occupiers which include Dunelm, Food Warehouse, Nando's B&M as well as KFC, Mcdonald's and a Pizza Hut. All of which are now easily accessible via car due to the new bridge directly into the heart of Trafford.