YOUR FOOTBALLS NOT COMING HOME AS ECCLES NEIGHBOURS FALL OUT IN FOOTBALL SHOCKER!

And so keeping the ball rolling with the football theme, I bring you this story culled from the pages of the Eccles and Patricroft Journal, July 1918.

An everyday story of neighbours falling out over the trivial matter of a football landing in there garden which in turn leads to an appearance at the local court with a charge of assault and wilful damage.

Eccles Magistrates Court heard the case which didn't go into extra time thanks to the Magistrate keeping his eye on his watch and deciding that 90 minutes was enough for anybody.

Minnie told the court that she was at in her front garden with her children enjoying the fine weather when a football landed in it, ruining their peaceful afternoon sojourn.

The ball had been kicked in by a boy the younger brother of James Knowles.

According to Minnie the boy in an "insolent manner" told her to give the ball back and then turning towards her son who was sat next to her, threatened to "knock his blithering clock round" if he didn't hurry up and return the ball.

I must admit I have never heard that expression before, how quaint. 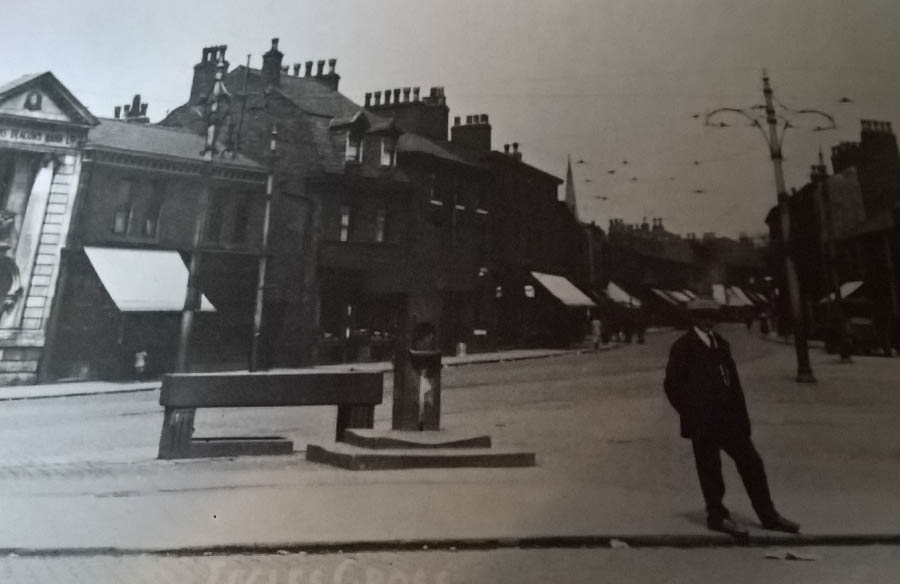 James Knowles then appeared on the scene and told her that people could also be awkward and that if the ball was not returned in five minutes he would kick the front door in to get it back.

She then alleged that James leapt over the garden fence in an attempt to snatch the ball back and in so doing, he knocked the garden gate open which hit her, causing bruises to her leg and back.

Not content with bowling her over he chased her son who had wisely raced into the safety of his house, still clutching the football and slammed the door shut behind him.

James with a kick that David Beckham would have been proud of, he booted the door so hard that the front handle came off.

Minnie's father, Alfred Brookes then took the stand and said the damage to the door was three shillings and sixpence, but that the Knowles family had plagued his daughter and her family for a long time and were "unsavoury neighbours".

He was so outraged by the damage to his front door that he waited for a full day before calling at the Knowles house to ask for an apology, possibly luckily for him the house was empty.

Undeterred and no doubt further outraged he then authorised a solicitor to send a letter to the Knowles family demanding an apology.

If you have ever read,"Diary of a Nobody" by George and Weedon Grossmith, you will identify Mr Brookes with the "hero" of the book, Charles Pooter.

James Knowles took to the stand and as can be imagined told a different account of what had happened that fateful day.

He said that he was asked by his younger brother and sister if he would get the ball back for them as they had been waiting for half an hour for it.

He politely asked the boy in the garden if he could have the ball back, only to be told, "Come and get it, if you dare"

James jumped over the garden fence to retrieve the ball and sadly knocked Minnie over, accidentally, of course, the boy had run into the house and slammed the door shut so hard that it caught James boot thus accidentally causing the door handle to fall off.

Sounds plausible enough to me.

The Magistrate no doubt wanting to go home or for his dinner weighed up the options available to him.

He fined James three shillings and sixpence for the damage to the door and court costs.

As for Minnies injuries? he decided that there had been a technical assault but that no injury was intended and the charge was dropped.

Do you think that these two neighbours would soon be throwing open their front doors and welcoming each other in for a brew and a chinwag whilst laughing at the absurdity of the court case?...me neither.