WINDOW ON THE SWAN PUBS PAST REVEALED

At weekend I posted a photo of Borough Road showing the Swan pub on the Salford History page, it received quite a few comments and memories etc, but I was amazed to be contacted by a reader, Mike Griffin from Salford who told me that he had, an original acid etched, glass panel from a door in the pub and would I like to see it?

Today I went to his house to see it and get the full story.

"I had been going in The Swan since I was about 16, with me living in the area and would often sit in the "News Room" as the small room was called with my mates having a few pints and had noticed the unusual glass door panel, and admired it but thought no more about it.

"About 1996 I went in for a pint and couldn't help but notice that the door to the News Room was missing, so I asked the Landlord where it was, he told me that it was outside in the backyard of the pub.

"I asked him if it was for sale and he told me to give him a £5 and it was mine, I quickly paid him and loaded it into my van and drove home, the wife wasn't too impressed with it, so I put it into the attic and it stayed there until we moved into our newer house, several years ago.

"I cleaned it up and was really impressed with the detail and craftsmanship that had gone into making it and at one time considered selling it, a chap in America offered me £500 for it and he would pay the post and package, however he lived in New Orleans and Hurricane Katrina struck and I never heard from him again!

"I think I will fit it into my living room door or possibly mount it in a frame in the hallway, not to sure what my children will do with it when I have gone though, possibly bin it, they'd better not.

I have to say the 36" x 24" glass panel is fabulous with it's Art Nouveau swirls and gold, blue and pink colouring, a swan glides past and the words News Room are acid etched and raised, boldly standing out. 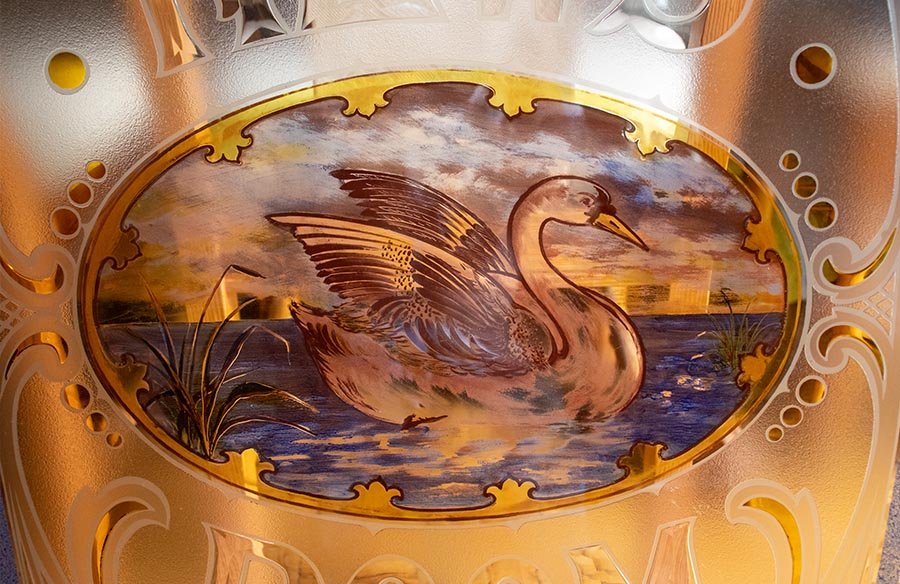 I did some quick research and found that the Swan was rebuilt in the 1880's and the first Landlord was John William Hicks who was here until his death in 1906, the pub did have further alterations in 1908 when the outside toilets on Eccles New Road were demolished and new urinals were installed in the yard and the ground floor layout was altered. 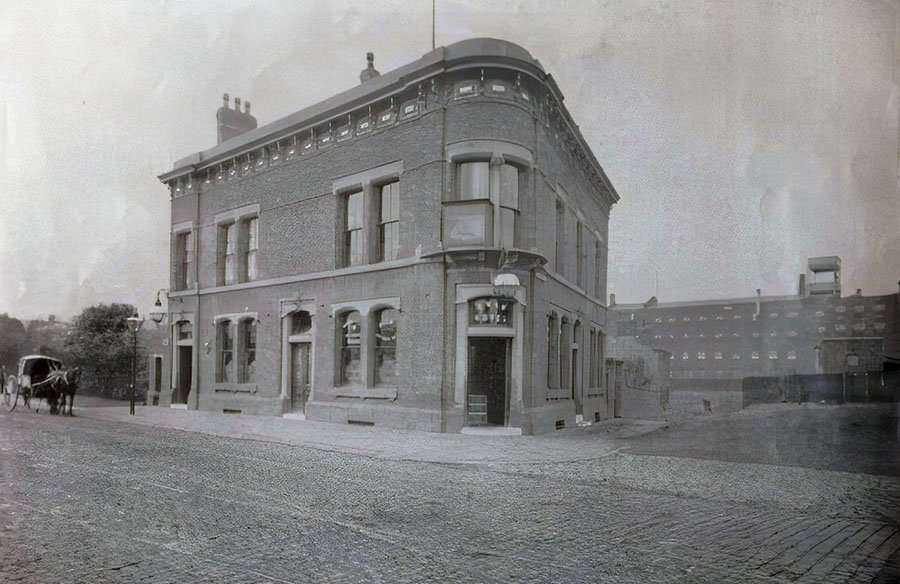 My guess is that this glass panel dates from 1908 and ties in with the Art Nouveau period nicely, envious? dead right I am!

However my memory of The Swan is hearing Warsaw as they were called then practising in the upstairs concert room in 1977, chatting with Ian Curtis and Hooky at the bar, wonder what became of them?