PHOTOS OF ECCLES AS IT WAS IN 1975 UNCOVERED

I was pleased to receive this collection of photographs from Tony Green an ex-resident of Eccles, who took these photos in 1975, and show many scenes of the town centre, I love the bench outside the Bulls Head pub!

I left St Marys in 1957 I went to St Patrick's in Winton (off New Lane). At the age of 13, I got a paper round with a paper shop (Johnsons) on Gilda Brook Rd. delivering at Ellesmere Park.

After leaving school in 1961 I worked for Gerrards of Swinton as an apprentice Joiner, working in multi storey construction in Manchester.

During those years I raced with Westwood Racing Cycling Club. The club room was at Stablefold on the canal bank at Worsley. Some years ago it suffered a fire. The area is now covered in posh houses. The club is also no more. We used to do time trials on the East Lancs and track racing at Fallowfield. 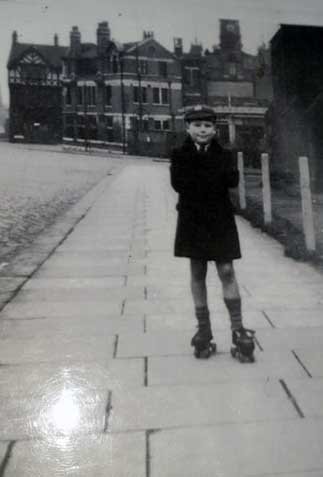 I still ride a bike.

1964 was a popular year for emigration to Australia and Canada.

I already had an Uncle who had come to Oz 5 years earlier. He managed to get my indentures transferred to Adelaide. So in 1964 most of our family came. My Dad passed away in 1962.