JUVENILE CRIME AND PUNISHMENT IN SALFORD AND ECCLES

James McGubbin aged 13 from Hart Street, Salford, stood in the dock charged with obtaining three shillings by false pretences and the theft of two silver brooches.

Mrs Amtvall of West Thompson street told the court that young James called at her house and asked her if his mother could borrow half a crown - two shillings and sixpence - she gave him three shillings and told him to bring the change back, surprise, surprise, she didn't see James again.

She gave it a few days and decided to call at his house for the money, the mother had no knowledge of this transaction, obviously, in a rage, she summoned the police to sort the matter out.

Detective Needham called at the house to question James who readily admitted the deception, he told Needham that he had, "spent the money going to the pictures"

For you younger readers, the "pictures" was a term for the cinema coming from, moving pictures which were shown on the screen.

In 1918 cinema was on the boom throughout the country and in the area were James lived there was The Weaste, Royal, Langworthy, Prince of Wales, Empress and Scala cinemas, plenty of choice for a teenage film buff. 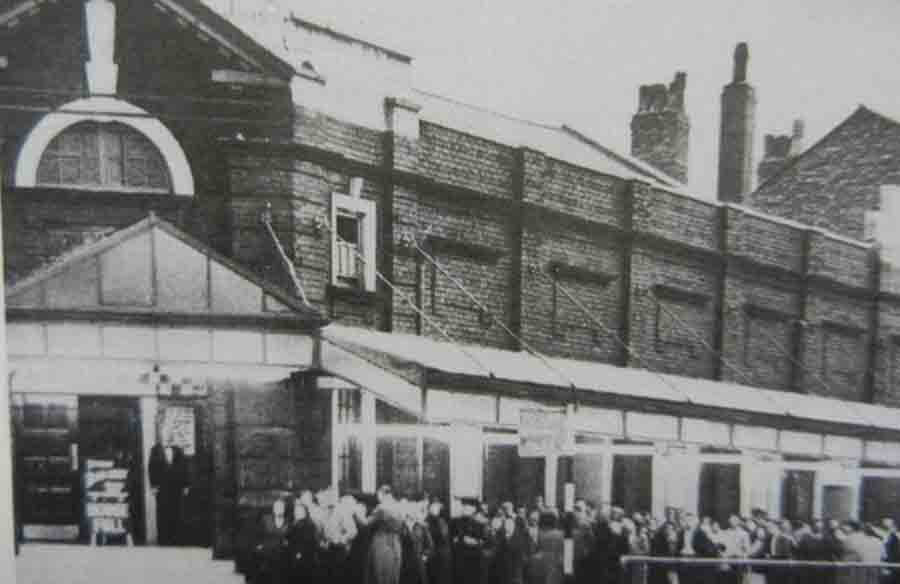 The news got worse for James when his father turned up at the police station to complain that two silver brooches were missing from the house.

To his credit James admitted the theft, telling the police that he had pawned them for money so that he could go and see more films at the local cinemas.

Little wonder that many people in authority saw the cinema as being an evil and corrupting effect on the Nation's youth.

The Stipendary Magistrate, Mr Ollier ordered young James to be given six strokes of the birch, perhaps that would stop him sitting down in relative comfort in local cinemas.

Incidentally, the birch was usually administered either in the cells underneath the courts or at a local police station by a burly copper with the offender's parents in attendance if they wished, can't say I'd have cared to have witnessed one of my own being thrashed with a stick.

The second case concerns an unnamed 11-year-old boy who lived at Barton Grove, Eccles who was charged with breaking and entering a house on Lime Street, Patricroft with intent to steal.

The female owner of the house, whose husband was away with the army, told the court that she found the boy on the stairs in her house and asked him what he wanted? he brushed past her and walked out of the door.

No doubt puzzled if not concerned she went out shopping and when she returned, she found that a window had been broken and the house had been ransacked and curiously enough nothing had been stolen.

The ever intrepid Sergeant Bentham was informed and called at the house for further evidence and a description of the boy.

With commendable police work, he tracked the boy down and arrested him the same day.

The boy told the court a rather sad and strange story, he said that he had been reading, "exciting and adventurous literature".

No doubt Boys Own or similar books of adventure and mystery, harmless stuff to be honest.

The boy's Uncle appeared at the court and he sounds proper old school, told the Magistrate that the boy was reading this rubbish and was no doubt trying to emulate some of the characters in these books, adding, "I have since burnt all of his books and warned him not to bring any more home"

Not content with the lad having his reading material go up in smoke the Magistrate ordered him to receive four strokes of the birch!

You have to feel some sympathy for the boy, having lost his books he was known to be thrashed with a stick, he was only 11 years of age!

Finally, you may be glad to know that birching of juveniles was abolished in this country in 1948 unless you were to commit a felony in the Isle of Man they carried out birching people until 1978!

mind you homosexuality was only decriminalised there in 1992...