ECCLES SCHOOL TEACHER GETS CONFUSED WITH SPARE THE ROD AND SPOIL THE CHILD.

Take this story from the pages of the Eccles and Patricroft Journal from October 1918 which send out mixed messages to me.

Miss Blackshaw  a teacher at Eccles Parish Church Church School, on Russell Street, now demolished and a car showroom stands on its site appeared at Eccles Magistrates Court charged with with an alleged assault on an unnamed eight year old girl pupil by striking her on the back with a cane causing bruising.

The child returned home and told her mother what had happened, the next day Mrs Emily Wood stormed into the school with her daughter and demanded an explanation if not a grovelling apology.

The Headmaster, Mr Snelson called for the school Doctor W. Hamilton who gave the child a medical examination and would later give evidence in court.

The incident arose when Miss Blackshaw a teacher with 29 years experience told the court when she became annoyed at the child for not being attentive to her lessons in class and told her to put her hands out as she was to punished by caning across them.

The child either in act of defiance or fear put hem them behind her back, undeterred Miss Blackshaw walloped her across the back with the cane, a tad harsh to say the least to treat an eight year old girl pupil.

Mr F.W. Ogden was in court to defend to Miss Blackshaw and the honour of the school and soon ripped into Mrs Wood.

He accused her of storming into the school and using "vile and abusive language" at Miss Blackshaw and Mr Snelson, to which she replied, "I can't remember saying that"

Getting into his stride and his moral high-horse Mr Ogden carried on and declared rather pompously,

"Such defiance of discipline before all of the class could and would not be tolerated, if the teacher not prepared to lose all authority over the class. 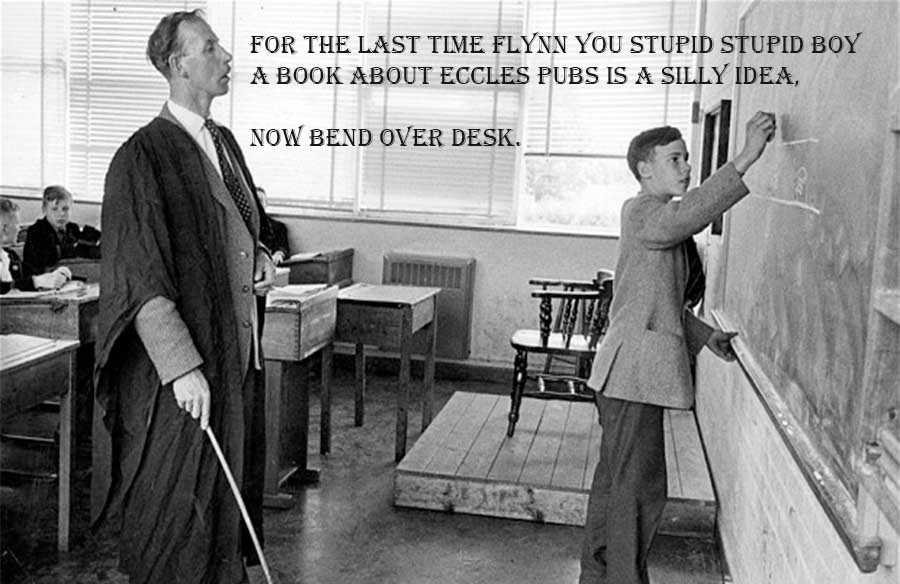 He sounds a right misery I wonder what his home life was like, no doubt with that attitude he ruled with a rod of iron.

Next in the dock was Dr Hamilton with the results of his medical examination, don't expect any revelations or justice warning.

He stated that he found two small black marks on her back that were very slight and he attributed them to....."the child's blood being out of order"..

Carrying on with this medical rubbish he declared that  whatever punishment had been administered was "moderate" and was certainly not as severe as he would expect if her mother had carried out the punishment.

I can't believe what I have just read, so basically the child got off lightly because her mother would have given her daughter a proper, severe thrashing?

Just when this farce of a "trial" couldn't get any worse the Clerk of the Court piped up,

"Nothing to what we got in our school days" this was met with howl of laughter from the Magistrates Bench, unbelievable  really.

Mr W. Hughes decided in his wisdom that no excessive punishment had been carried out and dismissed the case, and so Miss Blackshaw left the court without a a blemish on her character which is more than can be said of the eight year old.

Thanks to Wendy Leach Marshall for the photograph and Wendy Mallins for her memories of me!