The Germans in a last-ditch effort to bring the country to its knees attempted to starve Britain into surrendering by attempting to sink boats bringing much-needed food and supplies into the country.

Almost 40% of all meat being consumed in the country was imported from either North or South America making these boats enviable targets. 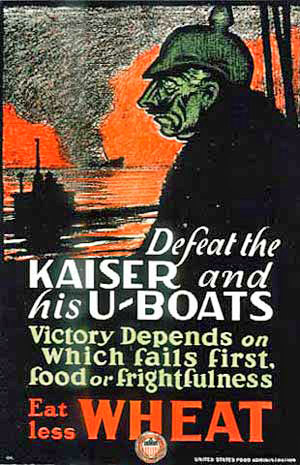 Stricter food rationing was introduced in April 1918, with meat, butter, sugar, cheese and milk  all put on the ration list with Ration Books given out to the general public and you had to register with a Food Controller as to which butcher and grocery shops you would be purchasing from, the rules were very strict, anyone found cheating could be fined or even sent to prison and if we are to believe even King George and Queen Mary were given them, yes I can see them queueing up on The Mall to buy their food....

Now you have read these amazing facts - stop laughing at the back - we come to this week's juicy story from June 1918 which will go some way as to explaining why I regaled you with it, read on, it gets better, hopefully.

Herbert Groves, the Manager of the Argenta Meat Company butcher's shop on Union Terrace, Broughton, Salford appeared at the Salford Magistrates Court charged with assaulting one of his customers the unfortunately named, Herbert Bugg, do you think he was called Bertie Bugg at school?

Last inane fact afore we get to the "meat" of the story, the Argenta Meat Company far from being South American were actually founded in Oldham in 1899 and had over 100 shops dotted around Lancashire.

According to Chief Inspector Clarke from Salford Constabulary who was the main prosecution witness, Mr Bugg had gone into the shop and demanded that Groves return his precious meat coupons that his wife had handed over earlier that morning.

Sadly for Mr Bugg, Groves was busy cutting up the carcass of a dead sheep ready to be put on sale in the shop and I can imagine he wasn't in the best of moods.

Bugg complained that the meat his wife was given wasn't value for money and demanded the coupons back, at which Groves threw his coupons at him and told him to clear off from the shop 'or else'

Strangely enough, Bugg returned back to the shop several hours later, no doubt having been home and told not to come back without the coupons by Mrs Bugg and told Groves that, "I can not eat that kidney that you gave my wife earlier today and I demand my coupons back"

Enraged at this slur on his offal products Groves was then alleged to have hurled the coupons in his face and as he bent down to pick them up was rewarded with a boot in the face, followed by a pummeling to the head and the body causing Bugg to flee the shop.

Hell hath no fury like a butcher scorned it would appear, insult the man but not his meat products!

Mr Groves had a Mr Murray acting for his Defence and to be honest, he doesn't sound all that good, hardly George Carmen or Clarence Darrow.

Murray asked Bugg if it was not correct that he had been in the shop on three previous occasions complaining about the meat and threatening to report him to the local Food Controller, and had also been struck off Groves list of registered customers and the only reason he was in court today was that the kidney wasn't to his liking, strong line of questioning there!

Bugg strongly denied these allegations and stuck to his story that he was the injured party.

Unable to break him down with his rugged interrogation, Murray told the court that Groves was held in high esteem by his employers the Argenta Meat Company and there had been no complaints about him apart from those by Bugg.

With a final lunge at the jugular, he then accused Bugg of being rude and arrogant to Groves and that it was he, not Groves who started the fight.

Sadly all to no avail as Bugg continued to plead his innocence.

The Stipendary Magistrate no doubt as bored with this court case as you are, found Groves guilty of assault and fined him 20 shillings.

So did Groves get the "chop" from his job? was it all a "missed steak? did they "meat" again? to settle their "beef" and not "mince" words? or all these puns to "offal" to repeat?