They were The Crown, Majestic, Palladium, Regent, Princes, Broadway and the ill-fated Empire which got bombed in the Xmas Blitz of 1940, perhaps a certain gentleman had got wind of the film showing at the time, "Hitler - Beast of Berlin" and voiced his displeasure by bombing it.

The first recorded picture house as such was the Public Hall on Franklin Street, Patricroft which began showing moving images onto a screen in 1907 and by 1908 it had changed its name to the more refined, Picture House, Public Hall, Patricroft, a bit of a mouthful.

Crowds would flock here to see these early films which were educational, dramatic and humorous and no doubt an eye-opener for the audience.

Such films as The Abram Colliery Pit Disaster, Bleriot's Channel Flight, Dr Crippen Arriving At Liverpool would inform them of current events while such rib-ticklers as "Carlo Steals The Sausages", "Adventures Of A Roll Of Lino" and the jaw-droppingly named, "THe Cripple Comes A Cropper" would be certain to have them rolling in the aisles.

These films must have sadly been lost forever, the film was cellulose nitrate which was highly flammable and could disintegrate very easily.

It would be marvellous if any of these old films could be discovered, many films were shot on the streets of Eccles and Salford and were shown the next day at local cinemas, makes me sad to think of what we have lost.

1914 saw the outbreak of the Great War and the Picture House was soon showing patriotic films such as "Under the German Yoke" and one called, "A Belgian Girl's Honour".

At the screening of this film a Belgian soldier who had lost a leg fighting against the Germans was brought onto the stage and gave an account of the fighting in Belgian and the so-called atrocities being carried out by the beastly Hun, mainly propaganda, to be honest, having said that, they did shoot the nurse Edith Cavell for alleged spying.

However the luxurious Palladium Cinema opened nearby on Liverpool Road, Patricroft in 1915, and this had upholstered seats, proper lighting, toilets and brand new films with mystery guests calling in.

Compare this to the Public Hall with its bare wooden seats, poor hygiene and out of date films, you can almost hear the tolling of the bell and by 1916 the decision was made to close the Picture House/Public Hall.

The Eccles and Patricroft Journal from April 1918 tells of a blaze that almost destroyed the building.

A railwayman from the nearby Patricroft Sheds was passing at 1.30am and he noticed flames coming from the building and alerted the local fire brigade.

The building was being used Samuel Hooley as a coal dealers yard and he had horses stabled there, which were quickly taken to safety, also sharing the premises were The County Steam Laundry owned by Mr Kay.

It took the Eccles Fire Brigade over an hour to put the blaze out and make the building and nearby houses safe, however one plucky Eccles fireman sustained an injury, Ernest Edwards sprained his ankle tackling the fire, or he most probably tripped over a fire hose, who knows? 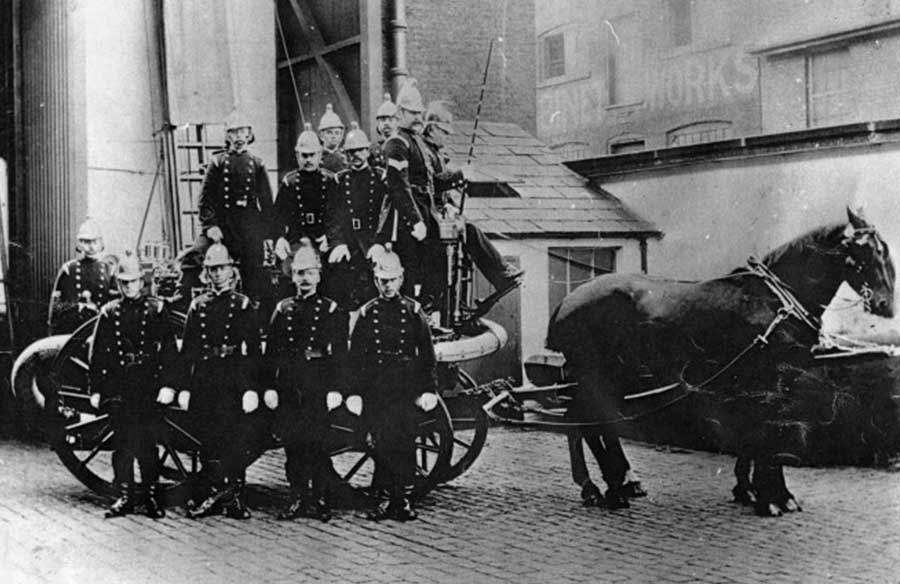 The cause of the fire was traced to the staircase which led up to the Public Hall and it was determined that it was caused by a carelessly discarded cigarette or cigar butt which had been thrown away and left, still alight.

Sadly all of the Eccles cinemas have now been demolished, or become bingo hall's or a pub, also the magnificent Crown Theatre which is still standing and in a poor state, and hopefully can be saved from demolition.

The Palladium Cinema is now a Bingo Hall but is worth taking a look at with its Art Deco windows and stained glass, a nice reminder of when the "Silver Screen" was king in Eccles.

If you are interested in the history of Eccles Cinemas I could recommend a spiffing little book by that name, the author's name escapes me though..... 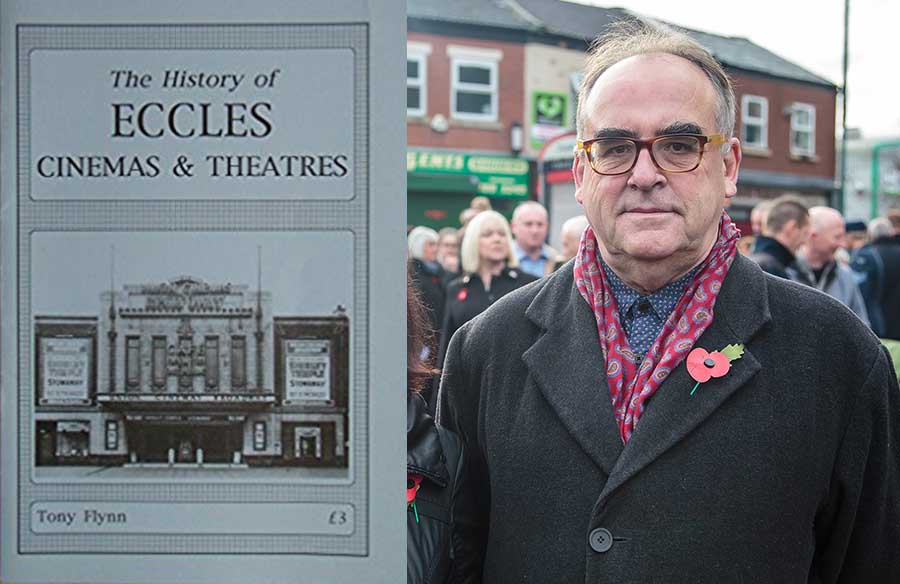