100 YEARS AGO: A CAD IN UNIFORM ROBS SALFORD FAMILY WHO BEFRIENDED HIM

It is said that a man in uniform does indeed attract the ladies, sadly this knight in shining armour turned out to be a cad and a bounder amongst other things.

Our story begins with the Rutter family from Salford taking a short holiday in Bakewell,  a small market town and civil parish in the Derbyshire Dales district of Derbyshire.

The daughter Emily met a soldier Private William Graham from the West Yorkshire Regiment who was convalescing in a nearby Military Hospital from injuries he had received on the Western Front and they soon struck up a friendship. 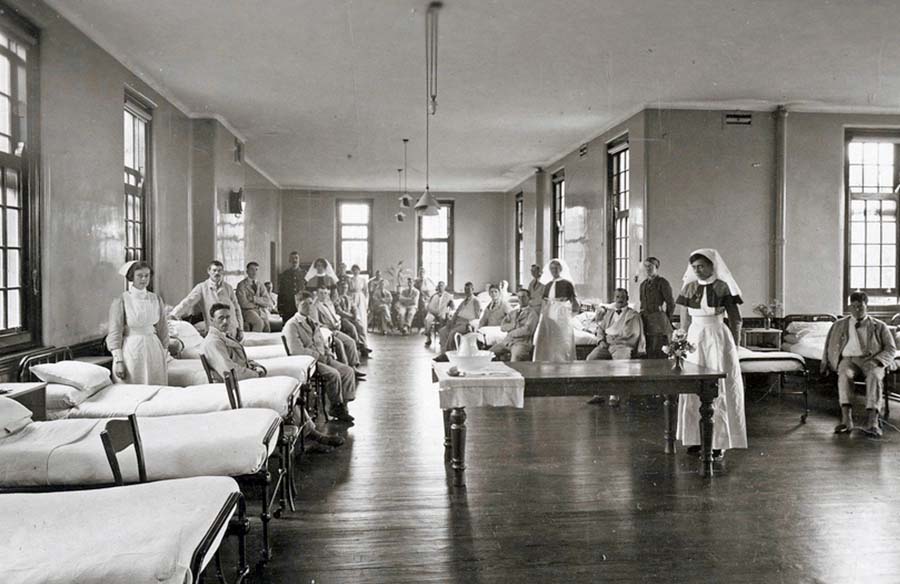 Emily asked him to write to her at the family home on West High Street, just off Cross Lane, which he dutifully did.

The enterprising Private Graham went one better when he turned up unannounced at the family home looking resplendent in his new army uniform, complete with Military decorations, four wound stripes and he had even been promoted to a Lance Corporal!

He told the family that he was on leave for a further week and would then return to the Western Front to fight for King and Country.

The Rutter family welcomed him into their home where he soon made himself comfortable, he was given his own bedroom and was fed three meals a day, the least they could do for this brave boy.

However this idyll was shattered on the Tuesday morning when at the breakfast table he told Emily that he was going upstairs to change his clothing, he was that long getting changed that she became suspicious and rightly so as it turned out.

He came downstairs and brushed past her without saying a word and left the house, sadly a search revealed that he had taken with him a silver watch and several gold rings valued at £3 - four shillings.

He didn't return that day and so the local police were informed, and by a simple twist of fate, he returned the next afternoon possibly for his dinner and was met by Detective Needham and Detective Dutton who promptly arrested him and took him to Cross Lane police station for questioning.

A search of his clothing revealed the watch and rings, which Private, sorry Lance Corporal Graham denied ever having seen before.

To add to this confusion Mrs Rutter whose husband owned a shop at 91 Cross Lane came into the police station and told the Detectives that Graham had been in her shop earlier that day, she was in the rear feeding chickens in the yard, she came into the shop and found him behind the counter.

She asked what he was doing there, again he simply walked past her and strolled off along Cross Lane, taking with him, three flash lamps valued at three shillings.

William Graham was charged with theft and appeared at Salford Magistrates Court the following day.

Further misery was heaped upon his no doubt slumped shoulders when a Military escort appeared and informed the Magistrate that Graham should be charged with wearing Military decorations that hadn't been awarded to him, also the wound stripes were a lie and worst of all he was not a Lance Corporal, he had simply promoted himself and purchased the insignia, what a bounder but not in the same class as Percy Topliss the Monocled Mutineer.

Ironically this would have saved Private Graham from any further military action as the Great War would end up in November 1918.

As for Emily duped in love by a chap in his uniform, hopefully she learnt her lesson and possibly married a policeman, by all accounts a more honest type of chap.