As the UK stands divided over Brexit and with the extended Article 50 deadline looming ever closer, Prime Minister Theresa May took the extraordinary step of searching for a way out of the quagmire on Facebook groups.

"I found a group on Facey" the PM explained.

"There was lively debate going on and so I thought I would read some of the comments as I was sat with my iPad in a local wheat field and well its not like Brexit is going anywhere, nor is the UK for that matter.

"I can tell you, I am glad I did find this group as that lot on there know what they're talking about.

"The quality of debate was far superior to what I am used too in my cabinet office and one guy was even suggesting that the Americans faked the moon landings, I know right? I think that Dean is onto something and so once this Brexit stuff is over with I am going to ask MI5 to look into it.

"It's not all lost cats and people complaining about bins, it is seriously uninformed debate.

"Although I am not too keen on their tribes leader Albert of Spiby as I am informed by one disgruntled member that he has banned Gif images.

"I have done some shocking things to the NHS and to the benefits system but even in my darkest hours I would not go that far, there are just some lines you simply can not cross a Gif is a Gif.

"Like Salford the UK has no idea if its coming or going so it is only right that the good people of the City rescue us from the abyss and come up with a way forward, or backwards, at this point I really don't mind, either will do.

"So with this in mind I have decided to scrap my current deal and formulate a new deal that that will ensure that our party delivers on it's Brexit promises.

"Because lets face facts here, we have sod all in the way of any other ideas and we have kind of backed ourselves into a corner."

It is understood that the PM has struck a deal with a local unnamed armchair politician in which he has agreed to fly to the EU and give Donald Tusk a swift kick in the nuts and sort out the 'bloody mess'.

However it has emerged that in return for this the PM has pledged to divert over £1 billion for the construction of a Pyramid on Winton Park with an adjoining Sphinx which will feature her own face on it which is to be built on the site of the proposed new Lidl. 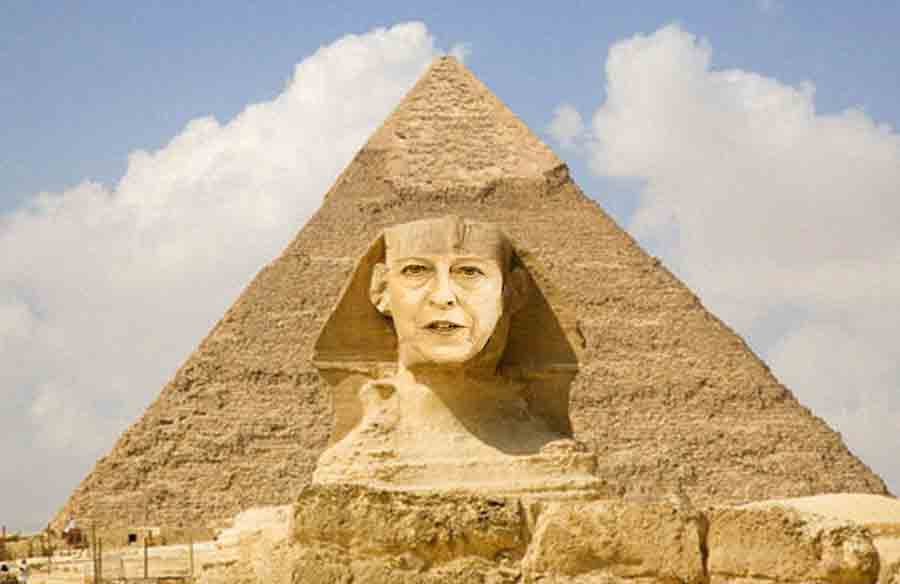 Local Historian and Skiffle Board legend Tony Flynn has described the plans as outrageous and a campaign to save the park was quickly launched, a petition has been set up which already has tens of signatures.

Tony 'a well known drunk' explained to us that the historic value of the park goes back to the Jurassic period and that it must be saved at all costs, he also told us that some of the bins have been there since Adam, he has since declared that he intends to tie himself naked to the park gates in protest, although a petition has been launched to stop that.

Opposition leader Jeremy Corbyn ,speaking from a nice day out on Salford Precinct told the people...

"Theresa is so desperate she will stoop to any level, what we need in this country is informed debate and a new Government.

"We also should nationalise the refuse collection services and outlaw rogue property developers with their eyes set on building large monolithic triangle based structures.

"The UK can not risk its economic future and world standing based on the deranged rambling of a fat bloke on social media."

Afterwards Jeremy wowed the crowds with a heartfelt rendition of Red Flag by Billy Brag, accompanied by local Skiffle Board Trio, 'The Skin Flynnts' who are set to headline Park Life later this summer.

See here for the full story about Salford's Skiffle Board Legends. 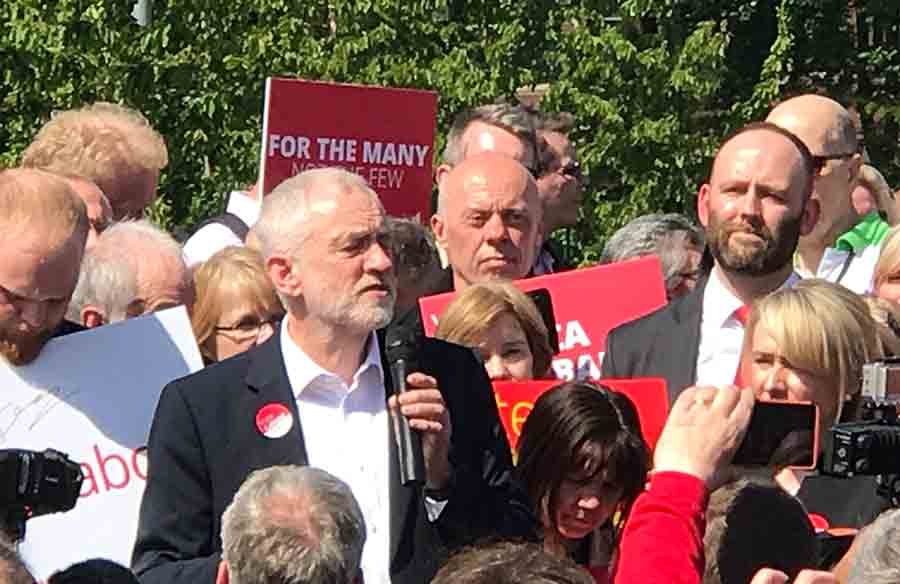 We did try to find a member of the Lib Dems in Salford but they all seem to have moved to the EU already as no one was answering our calls.

Meanwhile calls have been made to deal with the growing pigeon obesity epidemic that is causing major issues in Salford. The Salford Star has recently uncovered damning evidence that the health of local pigeons is being compromised. Salford Shopping City has responded by setting up a Gym for their feathered friends in order to help end the crisis.

The heart breaking report can be found here, although we advise readers that it does contain upsetting imagery of fat birds.