MEETING BACK ON FOR IRLAM

Following on from our story about the cancelled Irlam Committee meeting we have now been told that a new meeting has been called for Friday 1st of December 2017 at the larger venue of the Sports Hall and Irlam and Cadishead College on Station Road in Irlam, M44 5ZR.

The meeting time is to be 6:00pm on a Friday evening but due to the on going issues with traffic it is advisable for all attendees to get there a little early. Some residents have criticised the time chosen for the meeting as they will be on their way home from work and stuck in traffic which will mean them being unable to attend. 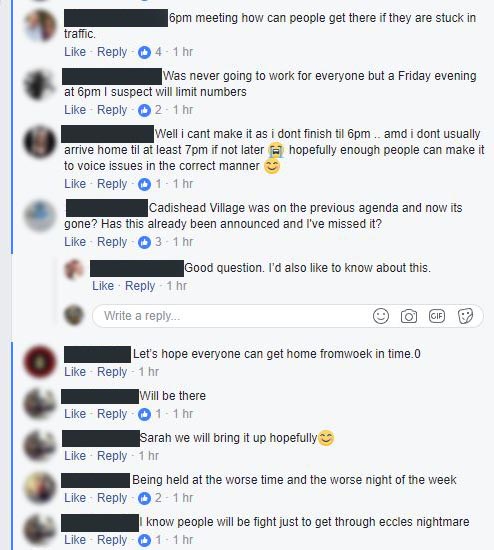 The previous meeting was called off due to fire safety concerns after far more people attended than was expected. (See our article above).

The community has been outraged over the ongoing traffic congestion issues that have plagued the area for months as well as the current dispute over the operating costs and management of the new lifting bridge in Barton which remains closed with Salford & Trafford Councils in deadlock with Peel Holdings.

Many residents are calling for a vote of no confidence in the local Labour Councillors and it is expected a show of hands from those present will be called for on the night.

For those who can not attend the meeting we will try our hardest to attend and live stream it, if we can get through the traffic of course.