In a statement Salford Red Devil's have revealed the departure of Marwan Koukash as owner of the club, instead it will now be ran by a new not-for-profit holding company to be known as Salford RD Holdings, which has taken over the ownership and control of the club. Koukash stepped back from running the club in late 2017, shortly after the Reds re-branded their image. 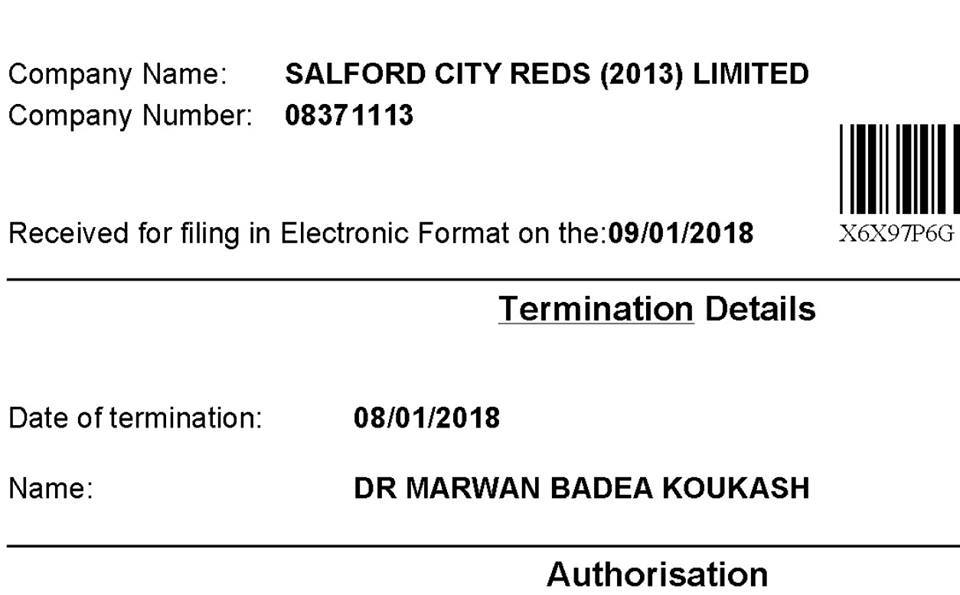 The latest move comes after it was revealed fellow tenants Sale Sharks have threatened to quit the stadium if it is not sold to them, a move which has split opinion across Salford with some thinking it would be for the better and some arguing that the reds would effectively be tenants in a Salford stadium owned and operated by a Manchester club.

An offer by the Sharks was put forward but was later rejected, with john Merry saying the offer was "Unacceptable".

In a press release Salford Reds revealed that....

The Rugby Football League (RFL) has approved the deal which sees ownership pass to the ambitious consortium, which has been established to represent fans and the Salford community.

The four members of the board of Salford RD Holdings are all long-standing supporters of the club and bring commercial experience and a clear vision to return the club to financial sustainability, building on its historical links to the city and community of Salford.

The board members are:

Andrew grew up in the Salford area and played for many of the local rugby League Clubs. He’s been a Salford Red Devils Season Ticket holder for over three decades and is a long term sponsor of the club.

Asif has over 20 years of experience in senior sales and marketing roles. He has positively influenced and led strategic and operational change in fast moving environments and is involved in sponsorship for multiple sports including golf, rugby league, motorsport, football and hockey. Asif is also a trustee on the board of the Salford Red Devils Foundation.

Hannah is a tax specialist working for a city centre professional services practice. She became an avid fan of the Salford Red Devils when she met her partner who is a life-long supporter and is actively involved with local community club Cadishead Rhinos.

Dawn has a strong corporate background in sales & marketing and has been fundraising for various charities, including for her late son Josh and now for other families through Josh’s Charity for over 20 years. Josh was both a fan and mascot for the club and SuperJosh now sponsor Red Devils’ star George Griffin in his legacy.

“This is truly an historic day for our Club, as the new ownership structure puts the control of the Club into the hands of the supporters.

“As a new board we can’t wait to get down to business  – I am sure we are at the beginning of a really exciting period in the Club’s history and we look forward to working in collaboration with the supporters, businesses and the wider community of Salford to bring long overdue success to the Club.”

Legal advice to the consortium was provided by the Sports team at national law firm Shoosmiths led by partner Richard Millington. Philip Stevenson of Law firm KBL acted for the consortium in respect of its agreements with Marwan Koukash and the RFL.